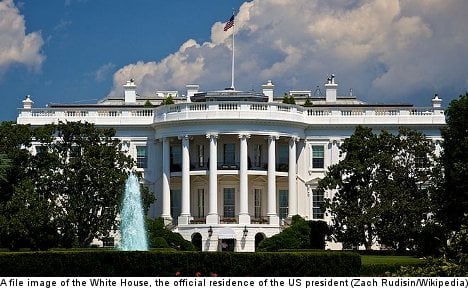 In a statement, justice officials said that Marta Rita Velazquez, 55, allegedly helped to “spot, assess and recruit US citizens” in sensitive national security positions to serve as Cuban intelligence agents.

One of those citizens was Ana Belen Montes, 55, currently serving a 25-year prison sentence in Texas after pleading guilty in March 2002 of conspiracy to spy on behalf of Cuba’s communist regime.

Velazquez faces up to life in prison if convicted.

When an AFP reporter called Velazquez in Stockholm — on a number openly available on the internet — seeking her reaction to the indictment, the line immediately went dead.

The Swedish embassy in Washington referred all calls to government officials in Stockholm.

A native of Puerto Rico with an Ivy League education, Velazquez worked for the US State Department’s international development arm USAID from 1989 until 2002 when she left the country and never returned, the Justice Department said.

A grand jury returned an indictment against her in February 2004, but it remained sealed until it was opened Thursday in US District Court in Washington.

The Justice Department said Velazquez, also known as “Marta Rita Kviele” and “Barbara,” is currently living in Stockholm, but its statement made no mention of any request to Sweden for her extradition.

The indictment claims that, from 1983 or earlier, Velazquez had conspired with others to relay other information about US national defense to Cuba “with the intent and reason to believe that they they would be used to the injury of the United States and to the advantage of the Republic of Cuba.”

It alleged that Velazquez became friends with Montes when they were graduate students in international affairs at the Johns Hopkins University School of Advanced International Studies (SAIS) in Washington in the 1980s and shared similar views on US policy toward Nicaragua’s leftist regime at the time.

“It has been a great satisfaction for me to have had you as a friend and comrade during this time we’ve spent as students,” the Princeton and Georgetown graduate reputedly wrote to Montes in July 1984.

“I hope our relationship continues outside the academic sphere.”

In December 1984, Velazquez — then an attorney adviser at the US Department of Transportation with a security clearance — introduced Montes to a Cuban intelligence officer posing as a Cuban diplomat at the United Nations.

The following year, when Montes was recruited as a Cuban spy, the two women traveled secretly to Cuba for Montes to receive “operational training,” according to the indictment.

Montes, allegedly with Velazquez’s help, went on to be hired by the US Defense Intelligence Agency, whereupon Velazquez purposely broke off their friendship.

She resigned her job as a USAID legal officer with a focus on Central America in June 2002 following press reports that Montes had pleaded guilty to spying.