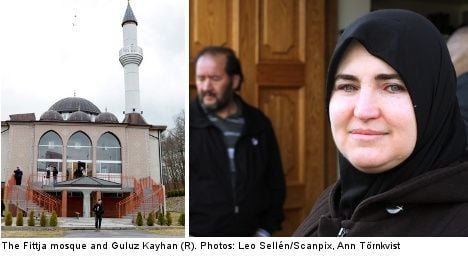 Guluz Kayhan, 45, had tears in her eyes when the notes of Sweden’s first-ever call to prayer ended and worshippers hurried up the steps of the mosque.

“I don’t go to the mosque as often as before but I wanted to experience this,” she told The Local as she wiped tears from her blue eyes. Flanked by her two daughters, Kayhan made her way inside, slipping off her shoes.

“I’m really proud of Sweden,” said her daughters’ friend Havva Göcmenoglu, 24. “I am proud of being part of a society that respects different religions.”

Yet as the spring sun broke through the clouds after a bitterly dour morning, two men in a red Volvo 740 crept up to the curb and halted, just to spin their wheels so furiously the rubber shrieked as much as it burned. People making their way into the mosque turned their heads, but most seemed intent on ignoring the odd act.

The congregation was a mix of people who moved to Sweden from countries such as Turkey decades ago, but a number of people who immigrated more recently joined in too.

IN PICTURES: Historic first as Stockholm imam calls to prayer

Kashif Rashid, 28, from Lahore in Pakistan just left Italy to join his brother in Sweden.

“In Italy I didn’t even have a mosque to go to,” he said on his way to the mosque, which is nestled in a beech copse just by a lake lined with the hulls of hibernating boats.

“For two years I have not heard this,” he beamed.

His enthusiasm was shared by others heading to pray. Abdi Muhammad, 27, originally from Somalia, travelled to Fittja from Rinkeby on the far other end of Stockholm

“Thank you to the government,” he said.

Friday’s prayer call came following a decision earlier this month by local police who ruled that it wouldn’t violate local noise ordinances. The ruling allowed the prayer call for between three to five minutes on Fridays between midday and 1pm.

The mosque was built in 2007 in the municipality’s Fittja district and has over 1,500 members

Among veterans in the congregation, reactions were equally elated.

“The Swedes have pure hearts,” said Fawzia Choudry, 46, who came to Sweden from Pakistan decades ago.

“We threw our hands in the air in delight when we heard the ruling, because at first nobody thought they’d give the permission.”

Her daughter Toba, 21, used the Azan (call to prayer) app on her pink-encased iPhone in the meantime.

“People are so busy working this really is a good reminder,” she said.

“This is so important for us Muslims and I think in general Sweden, alongside England, is much more tolerant than other European countries such as France.” 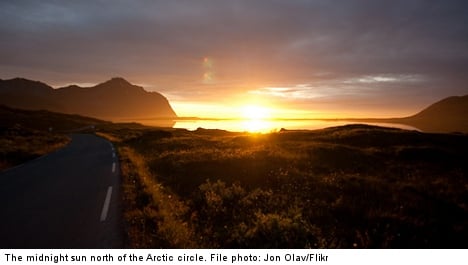 “Kiruna is as high up as you get in Sweden, the sun never sets during this month,” Ali Melhem, 45, who has lived in Kiruna for 24 years told The Local. As the fasting month is set by the moon, Ramadan usually moves about 10 days forward in the calender each year, which means this is the first summer it has proved a 24-hour dilemma for Melhem.

“When I first moved here, Ramadan was in the spring.”

In attendance for the day when Ramadan would run smack bang into the near three-month stretch of never-ending sun, Shia Muslim Melhem has not remained idle in doing his research.

“My wife and I couldn’t make that choice, so we’ve consulted mullahs from Iraq to Iran. They say we can wait to fast until the autumn,” he said, adding that some Sunni Muslims in Kiruna have chosen to break their fast when the sun sets over Mecca as a solution to their dilemma. Ramadan this years started on July 9th and should last until August 7th.

“I did check if I could follow the sun times in a nearby Swedish town like Luleå or Umeå, but even fasting for 23 hours a day is a bit difficult,” father-of-three Melhem said.

There is still no consensus, however, on how Muslims living in Scandinavia should observe Ramadan without jeopardizing their health, according to Omar Mustafa, president of the Islamic League in Sweden.

“Several imams and organisations have different opinions. It is up to each individual to decide, but it is not meant that you should fast around the clock. Islam provides many options,” Mustafa told the media.

Ramadan is an annual observance by Muslims who are obliged to fast from dawn to sunset for a month often in summer. Many abstain from sexual relations as well as food, drink and smoking. Islam does allow some exceptions from participating in the annual fast such as pregnant women, diabetics and the elderly.

In nearby Finland it is also a problem with up to 21 hours of daylight during the summer. A compromise has been suggested by Imam Abdul Mannan, president of the Islan Society of Northern Finland.

“The Egyptian scholars say that if the fasting days are long – more than 18 hours – then you can follow the Mecca time or Medina time, or the nearest Muslim country time,” he said.

“The other point of view from the Saudi scholars says whatever the day is – long or short – you have to follow the local time.” 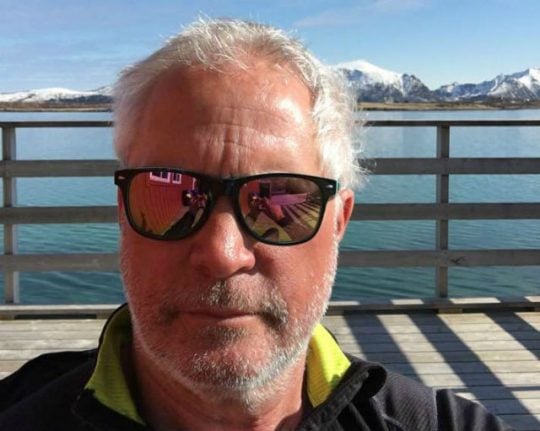