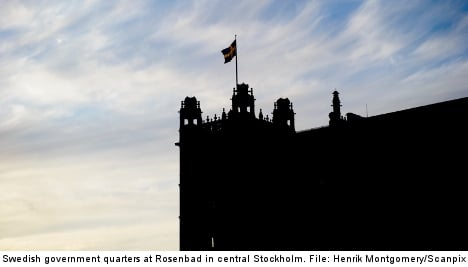 Through their former professional contacts, ex-politician lobbyists offer their clients anything from getting a proposal on the floor of parliament to getting changes voted into law.

“We have an à la carte menu that our clients can pay for,” lobbyist Anders told the Aftonbladet newspaper, which has gone through the contact points between political policy makers and professional pressure groups.

The newspaper noted that Sweden’s lobbyists go into recruitment frenzy whenever power switches hands between parties, as politically-appointed aides faced the axe in the power shuffle.

The closer the former public servants were to his or her minister, the more money they can get for their services once they switch over to lobbying, the newspaper noted.

Aftonbladet went through the names of 266 former politicians and appointed aides who quit working for the government or parliament since 2006.

About 37 percent had gone into lobbying, which on average brought an annual salary increase of 300,000 kronor ($46,000). The figure was higher, about 40 percent, for people who had worked directly in the government. The names in Aftonbladet’s review included former Social Democrat Prime Minister Göran Persson.

“Let’s say you’re having your first meeting with a client, and by coincidence Göran Persson walks down the corridor,” said lobbyist Anders.

“So he comes in to say hello, leaving everyone impressed.”

The fifth most powerful was former Christian Democrat top aide Dan Ericsson, who after quitting politics in 2010 got severance pay amounting to 84,200 kronor a month for two years.

Aftonbladet’s review revealed that he used a newly established consultancy firm where income from a new client, lobbyists Diplomat Communications, gathered dust. By not taking out a salary for the first two years, his new career did not put an end to his severance pay from the state.

Aftonbladet noted that there are no rules nor laws to regulate the Swedish lobbying world, prompting political columnist Lena Mellin to call for further regulation.

“In many other countries and in the EU, lobbyists are registered so that people know who elected officials are meeting,” she wrote.

“Lawlessness when it comes to lobbying benefits those who are politically active who want to retool from open to hidden agendas and that’s perhaps why the lack of regulation continues.”