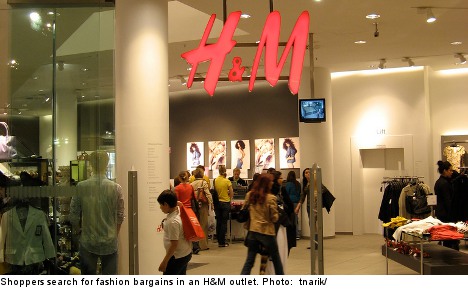 It is the second Swedish chain to seek entry into India after the government last year relaxed legislation to allow foreign retailers to set up shop in India and sell directly to Indian consumers to boost investment from abroad.

H&M, one of the world’s leading clothing retailers by sales, has applied to make a 100-million-euro ($131-million) investment and “will establish 50 stores”, the Indian government said in a press release.

But Stockholm-based H&M added in a statement that there “are no concrete plans” yet for when it would open its first stores in India.

“After the liberalisation of FDI (foreign direct investment) policy in single brand retail, there has been a considerable interest shown by all global retail majors,” Sharma said.

“The government remains committed to a liberal economic reforms agenda,” he added, saying foreign investment was “a source of technology, finance and means of creating gainful employment”.

In February, H&M which like many other European retailers is seeking to diversify from the crisis-hit euro zone, said it aimed to start “with a few stores” in India and would “expand heavily” if all went well.

The application by H&M comes as Ikea awaits final government clearance to enter India and invest $1.9 billion in coming years. It hopes to open 25 of its trademark blue-and-yellow stores in India as part of an emerging markets push.

India’s cabinet is expected to meet Wednesday to make a final decision on Ikea’s application.

Ikea’s entry into India is being closely watched by rivals as a test case for how a large foreign corporation navigates India’s byzantine rules and red tape.

US supermarket chain Walmart is among other retailers that have also announced plans to open stores in India. But the firm is being probed by Indian authorities over whether it broke the law through its US lobbying activities on matters the retailer said involved “enhanced market access for investment in India”.