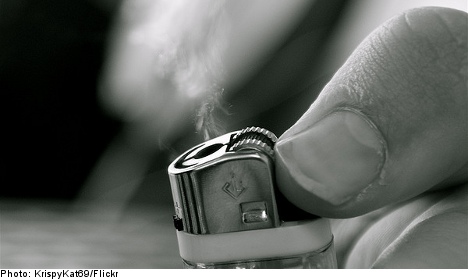 The incident took place around midday on Wednesday’s May Day holiday at a Eurocash shop in the Svinesund shopping area near Sweden’s border with Norway.

According to local media reports, the two women began arguing while waiting in the checkout queue at the shop, with one eventually becoming so irate that she lit the other woman’s hair on fire.

“The woman who lit the other woman’s hair on fire fled the scene before being arrested. But we have video of the entire incident from a surveillance camera,” a spokesman for the Västra Götaland police department told local Norwegian newspaper Fredriksstad Blad.

Police interviewed witnesses to the attack, but it remains unclear exactly what prompted the dispute

“Unfortunately, I can’t say [what caused the altercation]. But with two women in a store on May 1st, anything can happen,” police spokesman Sven Persson told Norwegian broadcaster NRK.

The full extent of the injuries sustained by the woman whose hair was set alight is also unknown, but according to the local Bohusläningen newspaper, the woman did seek treatment at hospital.

Police have classified the incident as a suspected case of assault. They plan to review surveillance camera footage on Thursday in hopes of identifying the woman who left the other woman’s hair in flames.