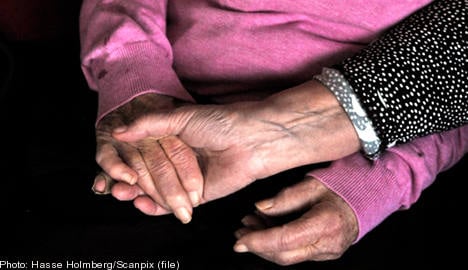 One migrant worker from Iraq told DN that he was tricked by the company.

The worker, named Hassan in the DN article, said that his official job offer stated that he would be employed full-time by the home care service company TPS Vårdteam between 2009 and 2011. He would work as an assistant nurse with a monthly wage of 26,500 kronor ($4,000), the offer said.

The Swedish Migration Board (Migrationsverket) granted Hassan’s residence permit on the basis of the job offer, but it did not constitute a binding contract and, according to Hassan, TPS Vårdteam ended up breaching it.

“In the beginning I didn’t get any work at all,” Hassan told DN. “Then I had to work seven days a week. The company owners put a lot of pressure on me, but only put 8,000 kronor per month into my account.”

“I travelled around Stockholm to visit with elderly people, helping them shower and get dressed. The work itself was good and I wanted to gain experience so that I could use my health care education in Sweden,” said Hassan.

But when he started considering applying for other jobs he felt “like a slave”, Hassan claimed.

According to Hassan’s payslips, his employer had filed a total of 28,800 kronor in taxes on his behalf for five months’ work in 2009. However, documents from the tax authorities viewed by DN showed that the company had not paid in any taxes at all for Hassan in that year.

If the company’s tax evasion would be discovered, Hassan and his family risked losing their residence permits so he “felt stuck”, he said.

The company extended Hassan’s residence permit, but he did not receive enough work to support himself and his family. When he asked the labour union Kommunal for help, the company reminded him that he had signed a promissory note stating that he owed them 100,000 kronor.

Asked by DN to comment on the claims and Hassan’s story, TPS Vårdteam’s owner Pirjo Olander referred the newspaper to branch head Marjo Luodelahti, who said: “These are sensitive matters which we must look over. I can’t comment.”

TPS Vårdteam has been granted 21 work and residence permits for employees, according to news agency TT.

Commenting on DN’s report, Raili Karlsson of the Elderly Administration (Äldreförvaltningen) in Stockholm said: “If this is correct we will terminate the contract immediately.”

The Elderly Administration said it will launch a review of all municipal home care service providers. 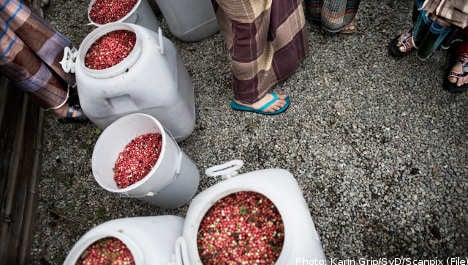 MIGRANT
EU rules leave migrant pickers out in the cold 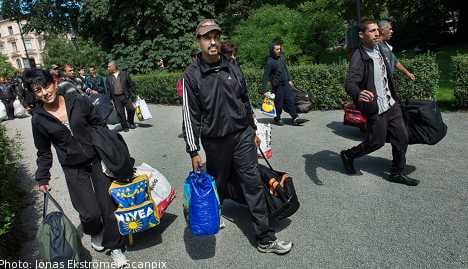