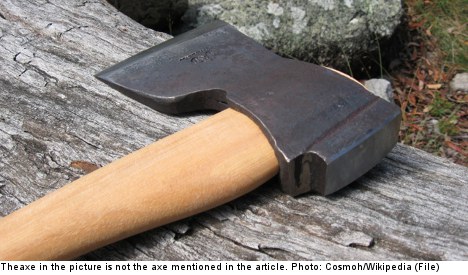 If alive today, the man, called Johan Johansson, would have been 139 years old. He was born on November 25th 1873 and is thought to have died on April 30th 1911. However, he was still registered as the owner of a property in Sweden.

A descendant of the man applied for an official death declaration from the National Tax Agency (Skatteverket), which was granted in April.

The descendant, called Per Johansson, is the grandchild of Johan Johansson’s late sister. He lives in Luleå, north Sweden

Per Johansson handed in copies of those letters, as well as extracts from church registers as proof of his relative’s identity and likely death 102 years ago.

In the course of the investigation into Johan Johansson’s fate it transpired that he was registered as the legal owner of part of a property purchased in 1893. For property taxation purposes the estate of Per Johansson’s grandmother had been treated as the owner.

While the circumstances of the Swedish lumberjack’s death are still unknown, the authorities decided that he can now be safely presumed dead.