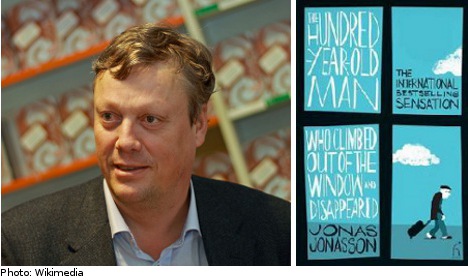 The book, written by Swedish author Jonas Jonasson and described by the UK Independent as “arguably the biggest word-of-mouth literary sensation of the decade”, revolves around an elderly man who goes on a whirlwind adventure after escaping from his retirement home.

The book features a Forest Gump-like string of coincidences involving the central character and his encounters with key players throughout the last 100 years of history, and has been embraced by readers worldwide, with over 5 million copies of the book flying off the shelves in 35 countries so far.

Now, Disney Nordic is teaming up with Studiocanal to bring the story to life on the silver screen.

“The book is already establishing itself as a major brand around the world. For us as theatrical distributors, we think we have a winner based on what we saw so far of the powerful film adaptation the producers and our partners at Disney will be delivering at the end of the year,” Harold Van Lier, head of international distribution at Studiocanal told the Variety magazine online.

“It is an incredibly cinematic story that is very warm and filled with feel-good humour. It will undoubtedly be one of the major films coming out of Scandinavia at the end of this year.”

Swedish director Felix Herngren, who stood behind the camera in Swedish TV hit Solsidan, will be at the helm of a cast including Swedish actor and comedian Robert Gustafsson, as well as Mia Skäringer, Johan Rheborg, and Alan Ford.

The film will be released on Christmas Day this year.