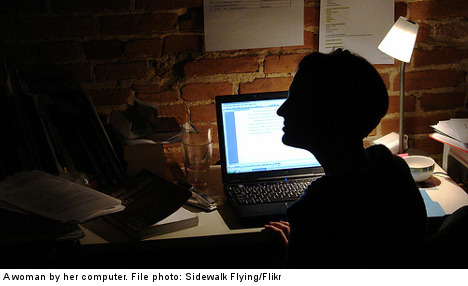 I woke up in his bed. Ouch. Head pounding, mouth dry. Thankfully I was still clothed. I rose gingerly, followed the sounds in the kitchen.

There are times in life when a gin and tonic becomes two, or even three, or, as it did on that recent evening of debauchery, four plus a bottle of wine and really dodgy music choices on the playlist.

Despite being in pain, and feeling a bit embarassed, I was intent on savouring every last bad breath and jolted brain cell. This is a good lesson, and the final one in this long drawn out ridiculous affair, I told myself. This hangover is your final lesson.

Catching up with the ex is always hazardous territory.

Our separation was less than amicable. He dumped me via email. From my email. Confused? Well, said boyfriend (good looking and wildly successful with no outward signs of being a total mess of insecurity) used to read my emails regularly. He would also check my Facebook and at times, if he had been away on a business trip, go through my text messages.

Once it all fell apart people would ask me “Why didn’t you leave?” and I would tell them the truth. I found his behaviour so utterly illogical that it just had to end. It would be illogical for it not to end. I was utterly convinced that he would one day realize how pointless it was.

What I failed to communicate with him was how pathetic it made him seem. How it took my head-over-heels enamouration with him and crumpled it up into a soggy mess of hurt feelings and yesterday’s news.

In short, it was unsexy. Frightfully so.

He found this email lament, copied select parts, and sent me an email from my own account to my account with the subject header “I want you out in two days”. I didn’t go home that night, nor the next. I spent two years licking my wounds, turning every aspect of our relationship over and over, examining them, trying to see what we did wrong, and, crucially, what I did wrong.

Almost three years later, on a trip home to the UK, we meet up. One gin and tonic turns into three. He has just been dumped by the girlfriend that came after me. She took the dog with her.

He tells me they had “trust issues” from the long-distance start of their relationship, before she moved to be with him. He tells me he had to check her email to see what she was up to.

I’m appalled. Did he learn nothing?

I can’t believe that I spent months, years!, trying to figure out what mistakes not to make again – what were my dealbreakers and what were things I had to improve on when sharing your life, truly sharing it, with another person. He, on the other hand, has just repeated his mistake.

I feel sorry for him.

Like Sisophys pushing his rock up the hill only to see it tumble down again after every turn, my ex is repetitive to the point of self-destruction.

So when I wake up the morning after, I savour my hangover, because it’s symbolic of the emotional hangover he left me with.

Back in Sweden, I can’t shake the image of him checking on his new girlfriends’ emails. As though it’s not a problem!? Is this the new norm? Should we all be triple checking that we’ve logged out of every email and social media account there is when you leave your lover’s house in the morning? What happened to trust?

Is cyber stalking the new black?

So I do what any serious researcher does before putting ink on paper – I ask my friends on Facebook what they think about modern technology and what it’s done to love?

An American friend goes on to say how amazing she thinks it is that you can check up on people before you go on a date with him. I find this behaviour rather freakish. Like stalking has become socially acceptable. I have never googled (TM) someone before a date. It kinda defeats the purpose of getting to know someone, I think.

A friend of mine who has built a life for himself in the US pitches in.

“Three years ago I became Facebook friends with a girl from my gym bootcamp class. I’m marrying that girl five weeks today.”

No one, however, mentions cyberstalking the person you say you love. Maybe one does not talk of these things openly?

IRL, however, I get tidbits of info from friends. One friend obsessively keeps track of her new boyfriend’s likes on Facebook. But she is wise enough to know she has a jealousy problem and has gotten professional help for it. Another friend, who just dumped his girlfriend, gets this blank look on his face one night when we are having dinner – then starts checking her whereabouts on Instagram.

Just defollow her, I say. Maybe it’s an age thing (he’s six years younger) but the idea had never struck him. As though defollowing someone would add insult to injury, where I would see it simply as undramatic self-preservation.

I’m also just amazed that people think social media is the real world… Although maybe… I suppose they stretch into the real world, I mean they affect us.

A friend of mine wouldnt stop saying “It should have been me it should have been me” when the wedding pictures of her long-term university boyfriend appeared in the news feed of Facebook. They’d broken up seven years previously, but something about switching gears (and she left him) and having to rewrite her entire life (she also moved country) left her feeling very torn. A Sliding Doors kind of moment where one decision rewrites your entire life.

Twitter is its own ball game, where people play fast and dirty. Comments fields, meanwhile, are battlegrounds for moralists, sexists, homophobes and any and all types (insert selected group of people here)-phobes to lock horns. Some nasty comments on my previous columns have left me very upset, but the nice ones (and the constructive criticism) plus the email from one reader telling me to “soldier on in defiance of the trolls” kept my chin up.

So maybe I shouldn’t dismiss social media as a fabricated alternate universe, because it can dictate our moods so much while it also open up the floodgates for potential abuses. And that’s it, isn’t it, they make it easy to spy…

Cyber stalking… Have I done it?

I think we may have all slipped up to varying degrees (because it’s easy!). I once searched for my name on a boyfriend’s computer because I was so frustrated that he couldn’t express his feelings. I doubted his feelings because I had (this was right after the BIG breakup with stalker boy) such a need for affirmation. I felt like shit when the search dug up love poems penned about me. I felt I invaded his privacy totally and I regret it.

I vowed never to do it again.

Such a transgression would, you’d think, make me less judgmental of my ex’s behaviour. Well…yes, but also no. The problem is that he was, and still seems to be, incapable of feeling bad about it. There is no shame and no remorse and therefore no real possibility of redemption.

I once said: “Listen, I truly understand the instinct to go looking for information when your relationship hits a rough patch, but you’d check up on me even when we were doing really well, when we were really in love. Why’d you do that?”

The answer left me convinced that him dumping me was the best thing that could have ever happened to me, and made me realize it had basically been a psychologically abusive relationships.

“Because when you love someone that much, you need to know what they are thinking.”