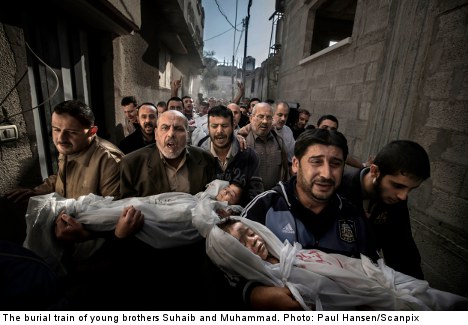 “Following recent discussion and speculation in the media about the photograph by Paul Hansen (…) World Press Photo has submitted the image files for a forensic analysis,” the Amsterdam-based organization announced in a statement on Tuesday.

The inquiry focused in large part, however, on whether the image was a “composite” – with elements added or subtracted, which drew the ire of photographers on social media sites.

“So the moral of this story goes… go hog wild on photoshop as long as you don’t erase or add anything to an image it’s fair game. Disgusting,” said one well-known photographer on Facebook, where professionals and laymen alike took turns sharing their thoughts.

World Press Photo, meanwhile, said that Hansen, who is a staff photographer for Sweden’s largest daily Dagens Nyheter, had cooperated in the investigation. He submitted the original, unedited RAW file and the JPG that he sent in to the contest last year.

“The purpose of the investigation into the authenticity and editing history of the picture is to curtail any further speculation about the integrity of the image and to establish that it is not a composite,” the organization stated.

“It is clear that the published photo was retouched with respect to both global and local colour and tone. Beyond this, however, we find no evidence of significant photo manipulation or compositing.”

On Twitter, however, many photographers and editors seemed apt to disagree with the organization’s narrow definition of manipulation.

“still think there is just too much photoshop and no need 2 add more drama either!” wrote one, a sentiment shared by users on other sites.

“Still seems he went a little too far in the final interpretation of the RAW file he made into the winning image,” said another US photographer.

It is not the first time Hansen has landed in hot water. After the 2011 earthquake in Haiti, he photographed a girl shot dead after being mistaken for a looter. The image was later questioned by media organizations in Sweden because the body appeared to be lying in different positions in different photographers’ images.

Hansen explained that it took half an hour for the girl’s relatives to arrive, and real looters went up to body and moved it around in the mean-time. Other images from the scene show a shole of at least seven photojournalists taking pictures next to the body, where the girl’s face is turned toward them.

Following his WPP win, several observers expressed confusion over the light source in the image. The image depicts a funeral train in a narrow alley, with pronounced side-lighting and shadowing on the grieving family members’ faces.

In its verdict, the revered photo organization published a summary of its experts shadow analysis – but made reference to the fact that situations can have more than one source of light.

It went on to address the over-arching question of post-production alterations.

“When I compare the RAW file with the prizewinning version I can indeed see that there has been a fair amount of post-production, in the sense that some areas have been made lighter and others darker,” Eduard de Kam, digital photography expert NIDF (Nederlands Instituut voor Digitale Fotografie) was quoted as saying in the press release.

“But regarding the positions of each pixel, all of them are exactly in the same place in the JPEG (the prizewinning image) as they are in the RAW file. I would therefore rule out any question of a composite image.”

This may prove not to be a convincing argument for some, as the limits of photoshopping are deemed a hot-button topic for many photojournalist.

A Reuters freelance photographer was caught out in 2006 for replicating smoke from a bomb in Beirut to make the cloud look bigger – an incident dubbed Reutersgate.

Reuters again got caught out in 2010 with an Icelandic image from the volcanic eruption that caused an ash cloud and air traffic chaos. It was so heavily manipulated that it not only resembled a Edward Munch painting, but caught the angry eye of a photo editor at the Sydney Morning Herald.

Reuters sent out a correction.

This week’s finale to the Hansen saga, meanwhile, may or may not put the lid on months of debate. Already in February, a long article on the journalistic merit of heavily edited images appeared on the Peta Pixel blog.

“The typical argument for allowing such manipulation is that this is no different than what was done in the darkroom,” noted author Allen Murabayashi, co-founder of PhotoShelter.

“But to me this is an irrelevant argument. We don’t use darkrooms, nor film anymore.”

As news of WPP defending Hansen against his critics emerged on Tuesday, many professional photographers pointed out on social media that even the rudimentary act of choosing what lens to use was a type of manipulation. Using a fish-eye, one person noted, also produced images that were not true to life, due to the distortion such a lens created.

Photojournalists, however, have long grappled with how to edit digital images – as that medium developed – to correspond to what they see on the ground. Just like media consumers expect text journalist not to lie, many in the profession feel compelled by story telling rather than artistry. The line where the latter enhances the former is where complexities lie.

Murabayashi concluded his take on the Hansen debate by asking the picture industry for new guidelines that better fit the technology of today.

“Where the content, exposure and composition speak more about the efficacy of the photographer as a newsperson, rather than his/her ability to tone an image until we feel an emotion.” 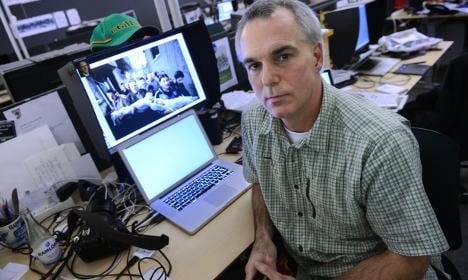 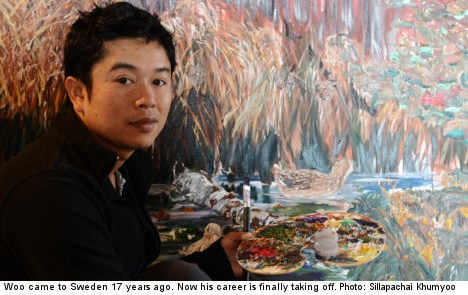 SI
How one man took the roundabout way to his Swedish career goal
Url copied to clipboard!