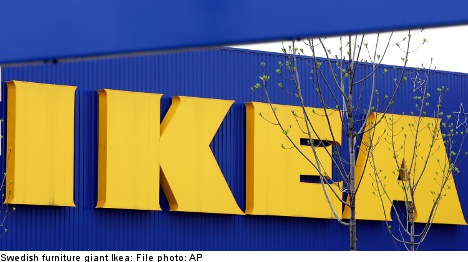 The first Ikea store to open in India may not open for years, with the India head of the Swedish furniture giant prepared to wait years if needed to find the perfect location.

The Indian government approved last week Ikea’s 105-billion rupees ($1.95-billion) plan to open 25 of its trademark blue-and-yellow stores in India as part of a wider push into emerging markets to increase sales.

“So even if it takes five years to locate a place, it is no problem. The future is much more important for us than one to two years,” he said.

Ikea has already said it is taking a long-term approach in India by proposing to open 10 stores in the first decade phase of store launches followed by 15 outlets in the second phase.

There is a squeeze on urban space in India for retailers and Ikea, the world’s largest furniture and homeware retailer, plans to talk with different states to secure the best land for its stores, Maeztu said.

“An ideal location” would be 10 acres (four hectares), close to a highway with good visibility and with public transport infrastructure,” he said.

Ikea plans to hire up to 800 staff for each store including carpenters and other skilled people who can go to consumers’ homes to fit IKEA products.

“Big growth will be concentrated in the big cities” such as New Delhi, Mumbai, Bangalore and Hyderabad, Maeztu added.

Ikea’s stores span around 28,000 square metres which would make it the largest store by size in India. The company generally stocks 9,500 different home and office furnishing products in its stores.

“We are looking to cater to the real middle-class in India,” aiming to offer “good quality home furnishing products and solutions at affordable prices,” Maeztu said.

Ikea sees huge potential in India’s middle class which has burgeoned thanks to years of fast economic expansion. Industry estimates put the size of the nation’s retail market at around $500 billion annually in sales.

Maeztu, 45, said since his arrival a year ago he has been working to understand Indian culture to create a suitable Ikea model for the country of 1.2 billion people.

“Hopefully you will have same Ikea store but presented in a different way.”