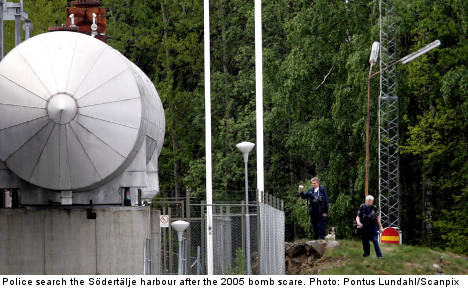 However, the county council was not aware of the man’s background when hiring him with the help of a recruitment company, reported local newspaper Eskilstuna-Kuriren (EK).

The man was eventually fired after several county council managers complained about threatening behaviour. In February, he received 1 million kronor ($150,000) in severance pay, which corresponded to two annual wages.

Formally, the man was dismissed because of cooperation difficulties and complaints from other staff members, but a mail correspondence seen by EK showed that several managers had been threatened by the 47-year-old, who was responsible for administering the county council’s properties.

“As employers we wanted to terminate the man’s employment as soon as possible,” Lampe said in a statement published on the county council’s homepage.

It was during the severance pay negotiations that the county council realized who the 47-year-old man was.

In 2005, the man, who comes from an aristocratic family, placed bombs in the Södertälje harbour in central Sweden. He threatened to trigger them unless the Stockholm Regional Council (Länsstyrelsen) paid him 12 million euro ($15 million).

Two years earlier, he had tried to blackmail the pharmaceutical company Astra Zeneca, claiming he had poisoned several of its products and threatening to reveal this to the public unless Astra Zeneca agreed to give him 7 million euro.

Lampe said the county council considered the legal and security implications of the case before deciding to terminate man’s employment through a financial settlement.

“We chose not to take the case to the labour court because it would have been a longer and more expensive process,” said Lampe.

In connection with the settlement the man acted in a way which led to a police report being made against him,” Lampe added.

The county council said it will introduce stricter routines to check applicants’ backgrounds against the criminal records registry, but added: “At the same time a person who is convicted of a crime and has served his or her sentence should have the opportunity to re-enter the labour market.”