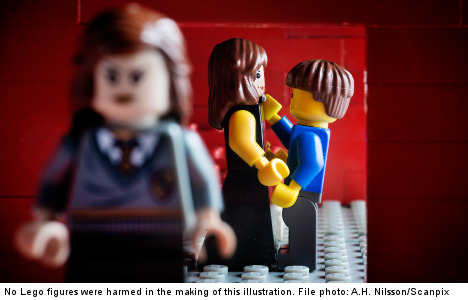 The newspaper Aftonbladet and pollsters United Mind have been probing the sexual habits of people in Sweden. They found that in 1996 Swedes had sex five times a month on average. By 2013, that number had dwindled to 3.8 times.

In addition, the percentage of Swedes reporting that they’ve had sex with their partner in the last month has dropped from about 80 percent in 1996 down to 60 percent in 2013.

Malmö University sociology professor Sven-Axel Månsson took part in the study in the nineties and said he was concerned by the new findings.

“These are serious numbers and seem to be part of an international trend. My colleagues from other countries have found the same thing,” he told Aftonbladet.

“They say it’s a public health problem. Desire disorder has become a diagnosis.”

Some groups are having more sex than they were before, however. Women under 24 is one group, while both men and women between the ages of 66 and 74 are also having more sex.

Middle-aged men, meanwhile, saw the biggest decline, with men aged 35-49 not having sex as much as previously.

The situation does not sit will with all the survey respondents, however, as 60 percent said they would like to have more sex – true across the age brackets.

Most people blamed their decreased sexual activity on tiredness, either their own or their partner’s. The third most commonly cited reason was being single, and Aftonbladet notes that the proportion of singles has risen by nine percent since 1996.

Other researchers the newspaper spoke with blamed everything from stress to lack of job security, while some said the constant output of information and entertainment may be depriving Swedes of the hours to cozy up with their partners.

“There are a lot of demands at work but also on your free time, plus demands to have good sex. I think people feel pressured to be perfect in every way.”

The results of the study are based on responses from 3,000 Swedes from around the country. Similar nationwide studies were carried out in 1967 and 1996.