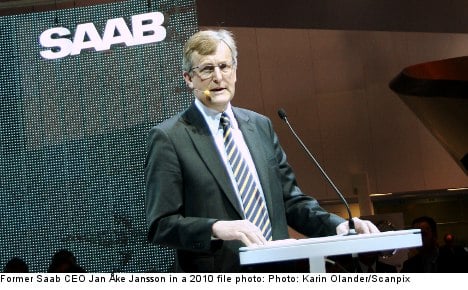 The 61-year-old executive, who was released within hours of being arrested last Thursday, will be welcomed back to the Vattenfall board if the suspicions against him are proven untrue, the Ministry of Finance said on Monday.

Last week, the ministry urged Jonsson to take a break from his work on the Vattenfall board when it emerged he was under suspicion of obstructing tax authorities’ review of Saab as it careened toward bankruptcy in 2011.

“Jan Åke Jonsson had performed valuable work for Vattenfall’s board. When situations like this come up, conditions for remaining on the board must be reviewed,” Victoria Ericsson, a spokeswoman for Financial Markets Minister Peter Norman told the TT news agency.

Jonsson told Sveriges Radio (SR) that he requested to leave the board.

Ericsson emphasized as well that the ministry hadn’t made any assessment regarding whether or not Jonsson may be guilty.

“The question of guilt will be handled by the legal system. Jan Åke Jonsson is obviously welcome to return to Vattenfall’s board if he’s cleared of the suspicions,” she said.

Jonsson and two other former Saab executives are being investigated for their role in obstructing the tax authorities’ review of the company’s affairs during 2010 and 2011.

The time period for the suspected crimes corresponds to the Sweden-based automaker’s most turbulent time, when it was under ownership of the Dutch company Spyker. It was characterized by the company neither hitting sales target nor living up to financial predictions.

The company was declared bankrupt in December 2011.

The Swedish Tax Agency (Skatteverket) handed in a report to the police in May 2012 about their suspicions.