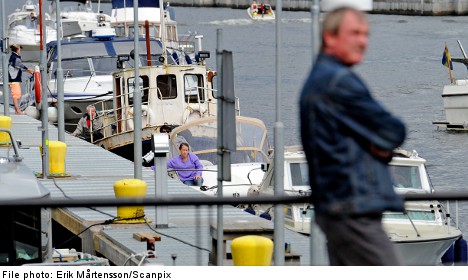 “It was surprising that there were so many, many more men. It raises many questions, said Johanna Gustavsson, lecturer in risk management at Karlstad University and one of the study authors, to the Dagens Nyheter (DN) daily.

The study considered 4,000 cases of drowning between 1997 and 2011 and, excluding confirmed cases of suicide, men account for 80 percent of fatalities.

“We don’t know why this is, but a guess is that men are more inclined to take risks,” Gustavsson told DN.

These risks include driving boats without life jackets and a higher incidence of alcohol use.

According to the study, every second male drowning victim has alcohol in his body, rising to 65 percent among those in the 45-64 age group.

The main risk group has previously been children and young people, a situation mirrored in many other parts of the world. But this has now changed and older people are now at the most risk, according to the study.

“Grandchildren should tell their granddad to put on a life jacket when he goes out fishing,” Gustavsson said.

Overall there has been a dramatic decline in the number of fatalities from drowning, with the death toll halving since the turn of the century. Despite the development the researchers called for a national information programme to prevent accidents.

“There are (programmes) for traffic, workplace security and fires, so it also feels necessary to prioritize this area,” Gustavsson said.

The study shows that around 150 Swedes currently die from drowning every year.