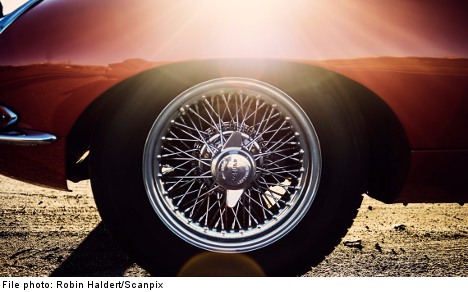 “There are hundreds, even thousands of people watching the spectacle,” police officer Karim Ottosson told The Local, describing a scene where mostly young men race each other at four hot-spots in the Helsingborg area.

“Then, last weekend, what we were always scared would happen did happen,” Ottosson said.

On Saturday night, a driver careened off the road near the Väla shopping centre, with the car landing on its roof. The driver escaped unharmed, but the incident has local police seething at the lack of laws accessible to them to put an end to the races.

Instead of monitoring different sites, where drag racers often use code to call enthusiasts to race and to cheer on, Helsingborg police simply patrol the four hot-spots every Friday and Saturday night.

Even families with small children are in the audience, which moves caravan-style between the spots for each race.

“It takes up a lot of our time,” Ottosson said.

“Which means that if you call in to report a rape, a burglary or an assault, people have to wait that bit longer, especially in the summer when we don’t have many staff resources.”

That argument appears to curry little favour among the street racers, who, Ottosson says, have no love lost for the law enforcers.

“They don’t like us. Last year the crowd threw beer cans at two police officers, and tore stuff out from the police car,” he said.

No one was arrested for the attack.

“Two police officers up against a thousand people… it’s difficult to know who did what,” Ottosson said, adding that the officers had been left shaken by the assault.

At present, the police could on paper stop people who break the speed limit, upon which the driver would lose their license. Ottosson and his colleagues would like lawmakers to go the extra mile, however, and ban street racing outright.

“If street racing becomes illegal, we can disband the crowd.”