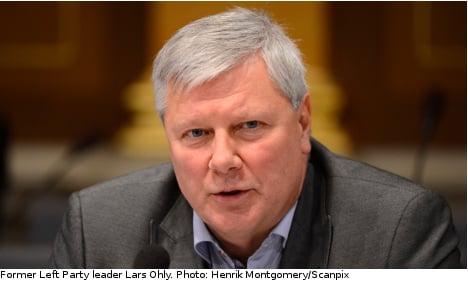 The newspaper reports that Säpo officer Hans-Erik Sjöholm infiltrated the party in the early 1980s tasked with keeping tabs on party members, including then party secretary, and later leader, Lars Ohly.

“Säpo really has no bloody business collecting information about a party secretary in the a Riksdag party, that is completely out of order. I am extremely surprised,” Ohly said to Aftonbladet when told of the claims.

Sjöholm relates how he joined the party, then known as Left Party – the Communists (VPK), in the beginning of the 1980s and continued to report on members and from meetings over the following two decades.

He is reported to have a series of handlers at Säpo over the years to whom he made regular reports, handing over recordings and notes.

He told the newspaper of a meeting in Uppsala ahead of the 1998 election when Ohly is alleged to have spoken of the need for an extra-parliamentary struggle and his supported for a revolutionary proletarian dictatorship.

“I posed questions to him at the meeting, as did others, and I wrote down what he said,” Sjöholm said, explaining that this is the type of information that Säpo was looking for.