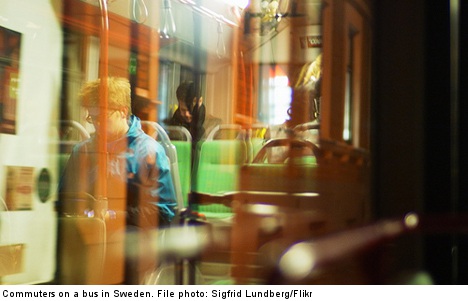 The boy has repeatedly been at the mercy of bullies in his school throughout the academic year, forced to moon female students and to stand on all fours to act as a foot stool for another pupil nicknamed “the king”.

The incident in which he was goaded into removing his trousers was reported to the school staff, and from there reached the ears of the boy’s parents. Both the bullies and their victims were called in with their parents to talk about what had happened. The Dagens Nyheter (DN) newspaper further reported that the school issued a ban on all types of power abuse.

The turn of events, however, was not yet over.

Things took a turn to the macabre when the school bus driver was pulled into the spiral of abuse in April this year.

Aboard the school bus, a group of students taunted and encouraged the boy, who has a physical disability, to say out loud all the swear words he knew. The bus driver, instead of putting a stop to the goading, told the students to “Hit him, so we can get going”.

DN reported that the entire incident was caught on camera and the video later posted to Facebook, where viewers could clearly hear the bus driver not only encouraging the students to hit the boy, but also seemingly egging them along in the bullying.

The Schools Inspectorate has now criticized the school and the municipality for not taking adequate action to protect the boy. According to laws that regulate the education sector, a school bus driver has the same level of responsibility as any other member of staff, including teachers, at school.

“The Inspectorate takes the view that the pupil was abused several times during the school year of 2012 to 2013,” the state agency wrote in its verdict.

“On April 19th, 2013, the pupil was also subject to abusive behaviour by a member of staff.”

While the municipality did remove the driver from his job and reported the incident, the inspectorate said the local authorities had not done enough to protect the boy.