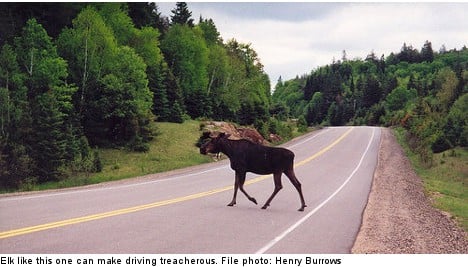 In order to clear up the issue once and for all, The Local spoke to Christina Hamnqvist at Skansen Zoo in Stockholm who set the record straight.

“The moose in North America and the elk in the UK are effectively the same species as the Swedish älg,” Hamnqvist told The Local.

“In North America, however, there’s a breed of stag that is known as ‘elk’, so Americans get confused when we use the word ‘elk’ to describe what they call ‘moose’.”

“‘Elk’ and ‘älg’, however, are derived from the same German word. ‘Moose’ descends from another language – presumably Native American.”

So there you have it. They are the same species, the same animal, they just have a different name. And here in Sweden the name is elk.