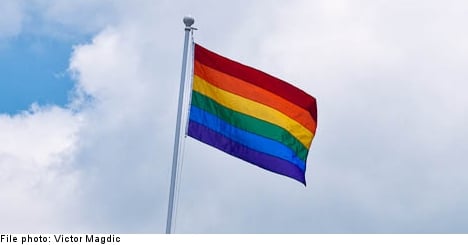 A man claiming to represent a group called the United Human Rights Commission has petitioned the Sindh High Court demanding that the authorities act in the case.

Muhammad Imran Shahzad contended that the gay marriage involving a Pakistani citizen was illegal because it was against Islamic ideology and the laws of the country.

Shahzad told the court in his petition that he had in his possession a marriage certificate and a photograph of the couple and called on the government to act.

He furthermore argued that Pakistan ambassadors were failing to preach Islamic religious teachings in their country of posting.

According to the report, the court is expected to rule on the application within a couple of days.

The Local’s attempts to contact the United Human Rights Commission proved unsuccessful on Monday and according to one Karachi-based human rights expert, they may not exist.

“It may sound harsh but it is probably a phoney organization. In my 15 years working in the sector in Pakistan I have never come across them,” Syed Shamsuddin at the Human Rights Commission of Pakistan told The Local on Monday.

In response to a general question about who would represent the right of LGBT individuals in Pakistan, Shamsuddin replied:

“There is nobody, no one would dare.”