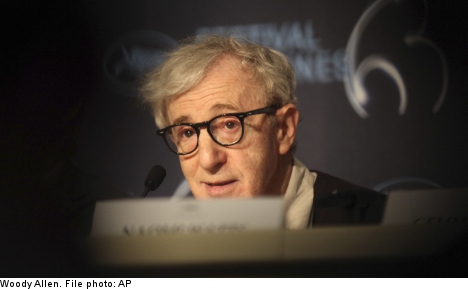 “It would be wonderful if he made a film in Stockholm,” Jan Göransson, spokesperson for the Swedish Film Institute, told The Local.

“Woody Allen is an icon for a huge number of Swedish film fans, many of whom have followed his career since the mid-sixties. And since he’s been a director, a number of loyal fans young and old have also joined the mix.”

The Stockholm Film Commission told The Local on Tuesday that it had offered $20 million to the Annie Hall director to make a film in Sweden, which is expected to have a somewhat “serious” tone.

And when it comes to a serious tones, Allen has learnt from one of the masters.

“Bergman’s artistry has been really important through the years for Woody, especially since his first Bergman-esque film Interior. Woody was extremely close to him, and as he got serious, Bergman became even more of an influence.”

Allen’s European films, including Midnight in Paris, Vicky Christina Barcelona, Match Point, and most recently To Rome With Love, have all worked in favour of their respective hosting cities.

Göransson, who admits to having seen around 90 percent of Allen’s films, hopes the same will ring true for Stockholm, and that Allen won’t give up on the idea for lack of a story.

“There are plenty of good script writers in Sweden,” he told The Local.

“Perhaps he can find one here…”

Watch the trailer for Midnight in Paris