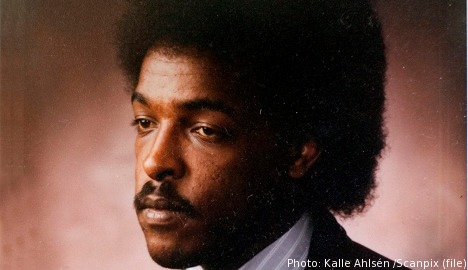 With the arrival of July, Swedish politicians and government officials join the traditional mass exodus from Stockholm to begin their annual summer hiatus. For the next two months, they leave in place only a minimal staff, to keep up with routine duties. And as in earlier years, these will once again include the unsolved fate of Swedish journalist Dawit Isaak who disappeared in Eritrea in September 2001.

By now, Dawit knows his assigned place – a name, in a folder, on a largely abandoned Swedish Foreign Ministry desk. The folder, along with the cause, will have to wait until the end of August, when official business picks up again. Never mind that average summer prison temperatures in Eritrea reach up to 45C and that Dawit is not a healthy man. Never mind that he, a full Swedish citizen, has been held for 4,299 days, entirely illegally, without formal charge or trial. No Swedish politician is expected to interrupt or delay their well-deserved vacations on his account.

The Swedish political class may of course make a brief detour to Almedalen, where they will turn serious and contemplative – when the cameras are rolling – to profess their “deep concern” about Dawit’s fate. Or they may even try out a replica of the isolation cell in which Dawit Isaak has been forced to languish, which is to be featured at the event. They will, however, proclaim no outrage or declare that Dawit’s detention is “intolerable” or “unacceptable”. Such emphasis would imply the need for immediate action, which would definitely interfere with long-held summer plans.

Swedish representatives in Geneva must have gotten an even earlier start on their vacation getaways. On June 5th, at an official session of the Human Rights Council (HRC), they could not muster a single public comment when Sheila B. Keetharuth, the UN’s official Rapporteur on Eritrea, presented her findings about the dismal human rights situation in the country. Slovenia, Austria, Germany, Estonia and Great Britain all formally demanded that Eritrea must respect the fundamental rights of its citizens. Sweden, the only country with a prisoner of conscience currently detained in Eritrea, said absolutely nothing.

Instead, a fearless fourteen-year-old teenager named Abie Seyoum rose to confront the Eritrean delegation (at a parallel event). “I want my father back”, the daughter of detained journalist Seyoum Tsehaye stated calmly. “Where are the prisoners? What have you done to them? And why?” Tsehaye, like Dawit, has been imprisoned since September 2001, together with more than a dozen leading members of Eritrea’s former intelligentsia.

Sweden’s EU Parliamentary delegate Olle Schmidt of the Liberal Party (Folkpartiet), who was present at the official June 5th HRC session and who has worked tirelessly for Dawit’s release, also had harsh words for Swedish media coverage of the event. Even though Schmidt, as well as Sweden’s “Reporters without Borders” (Reportrar utan gränser) had issued detailed press releases both before and after the meeting, no Swedish journalists felt it necessary to take the Swedish government to task for its glaring lack of initiative on behalf of its own citizen, in front of such an important international forum.

Swedish officials justify their silence with impatient references to “ongoing efforts”, away from public scrutiny. However, Sweden’s diplomacy in the Dawit Isaak case is currently so silent as to render it essentially mute, even behind the scenes.

Since her appointment in 2012, no Swedish government representative has had any formal discussions with Ms. Keetharuth about Dawit Isaak illegal detention.

Instead, it has been a member of Dawit Isaak’s legal team, Attorney Jesús Alcalá, who has briefed the UN Rapporteur, on her request, about the two important private legal initiatives that have been taken to secure Dawit’s release. These are the filing of a petition of “habeas corpus” with the Eritrean High Court in 2011 (a formal legal request that imposes a duty on Eritrean officials to immediately present Dawit Isaak before a court of law); as well as a formal petition filed in a communication with the African Commission on Human Rights to officially request Eritrea to set Dawit Isaak free.

Certainly, no one can continue to harbour any illusions about Eritrea. In its annual survey, the democracy watchdog group Freedom House lists the country as “the worst of the worst”, in terms of respect for political rights and civil liberties, and the International Crisis Group has designated Eritrea pure and simply “a prison state”. Given these facts, any hopes of influencing events in the country are exceedingly slim.

And it is true, in such a difficult scenario, individual fates often cannot be considered. Instead, politicians must find ways to select policies that provide the greatest good for the greatest number of people over the long term. They have to choose “lesser evils”, as the new incoming UN Ambassador of the US, Samantha Power, has repeatedly put it. Power represents the modern brand of a principled yet “realistic” human rights philosophy which she first articulated in her 2002 book about the US government’s lack of an effective early response to the humanitarian crises in Cambodia, Bosnia, Kosovo and Rwanda. (“A Problem From Hell”: America and the Age of Genocide, Perennial/Harper Collins Publishers)

However, as Power knows, the fundamental idea of “human rights” can never be considered a merely general concept. The idea itself will always remain firmly rooted in the suffering of very real, individual human beings. That is why, as a starting point, our commitment to human rights must always be “idealistic”, in the sense that we fight for each and every person, even when this proves to be extremely difficult. It is this commitment to valuing and safeguarding the rights of every single life that ultimately sets democratic countries apart from autocratic regimes.

We should therefore not be easily content with merely weighing “lesser” options when it comes to human rights issues. Václav Havel, the late Czech playwright and dissident who was himself imprisoned by Czechoslovakia’s communist rulers at the end of the 1970’s and who rose to his country’s presidency in 1989 (after the fall of communism), emphasized this point in a book of speeches published in 1997. It carried the revealing title The Art of the Impossible: Politics and Morality in Practice.

We, the citizens of democratic societies, Havel argued, have to maintain a constant vigil to stay true to our declared humanistic and democratic principles. Havel describes how as the newly elected president he got up every morning, asking himself “Have I become ‘Them’?”; ‘Them’ being the governing bureaucrats whom he had now joined and whom he once had so forcefully opposed.

Even a man of Havel’s stature most likely could not have seriously affected conditions in Eritrea for the better, but one thing seems certain. He would not have remained silent. He would have felt a moral duty to speak out, to voice his concerns, to offer his support for the persecuted and their families, especially if a fellow Czech citizen had been held prisoner for almost a dozen years.

So, we will allow ourselves a momentary summer reverie – of Swedish governmental leaders standing up, like Havel, to try to make the impossible “real”, and to finally act decisively to rescue Dawit Isaak, their countryman, who already has spent a fourth of his current lifespan in an Eritrean jail.

And we will hope for journalists who pose incisive questions that urgently require answers:

– When was the last time the Swedish Foreign Ministry has made an official petition to Eritrean authorities to visit Dawit in jail, and what was the reply?

– What exactly is the Swedish government doing to ensure that Eritrea finally complies with the request of “habeas corpus”?

– Why has there been no formal contact with the African Union or the UN Rapporteur on Eritrea?

– Why has the Swedish government imposed no punitive measures on Eritrean diplomats in Stockholm as long as Dawit’s fate remains unknown?

– And is the Swedish government prepared to follow Canada’s example that just last month expelled Eritrea’s chief representative in Toronto for refusing to stop collecting a 2 percent “diaspora” tax from Eritrean citizens living abroad, which Canada considers in violation of “international sanctions and Canadian law”, because the money helps fund Eritrean arms purchases and the methods used to collect the tax violates the rights of Canadian citizens?

Before Foreign Minister Carl Bildt and Prime Minister Fredrik Reinfeldt leave for their well-earned vacations, it is time for a substantive reply. 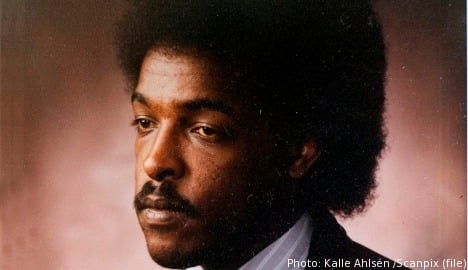