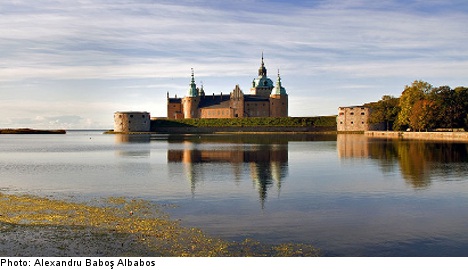 “Recent excavations were made in the 1930s and 1940s. Back then they dug in a different way and they didn’t have the same advanced dating methods as we have today,” said Magnus Stibéus at the National Heritage Board (Riktsantikvarieämbetet).

The archaeological dig has been facilitated by the renovation of kitchen and restaurant areas at the castle and will continue for three days, according to the local Barometern daily.

The current accepted construction date of the 1100s is not based on archaeological study and the new study hopes to reveal more of the history of the building which has held a significant role in Swedish history.

One of the most significant political events in Scandinavia occurred at Kalmar Castle in 1397 with the formation of the Kalmar Union which brought Denmark, Norway and Sweden under the joint rule of Queen Margaret I of Denmark.

During the Swedish rebellion of 1520 the castle was defended by Anna Eriksdotter against the attacking Danes.

The castle was later allowed to fall in disrepair but was restored from 1856 in a process begun by the architect Fredrik Wilhelm Scholander.

The castle is now held open to the public and is a popular destination with its breathtakingly beautiful location on the Småland coast.

The current archaeological study will publish all its findings on Facebook and tours of the site will be offered to the public from next week.