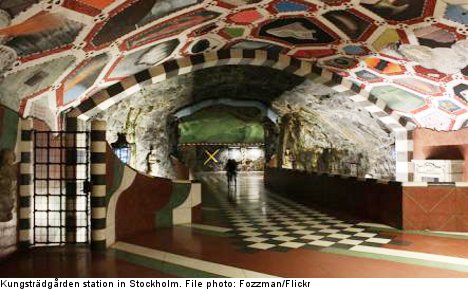 Stuck for inspiration in Stockholm? Looking for a more unusual and interactive museum tour? Or are you sick of spending your commute with your eyes pasted on your iPhone?

If so, this top ten list is for you.

The Stockholm metro is 100 kilometres of art, all hidden under the feet of hundreds of thousands of city-goers above.

If you’re here as a visitor to the Swedish capital, this top ten should suffice as equal to any museum in the city. If you’re a Stockholmer yourself and find that you’ve already worked your way through the list, why not try Näckrosen, Bredäng, Skärholmen, or the light installation during evenings at Stureby?

But for now, all aboard, click here it’s time to take the tour.