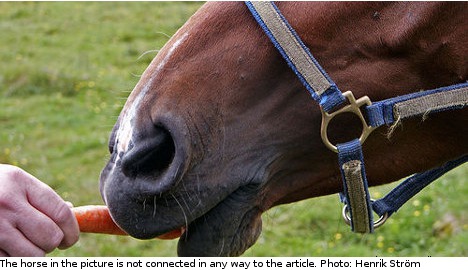 “We suspect that someone has expressed their dissatisfaction towards Grums municipality, but there is no individual suspect identified,” said Tommy Lindh with the Värmland County police.

The incident has been reported to the police and has been classified as an environmental crime.

The Swedish media has had some fun on Tuesday speculating over the motives behind Monday’s municipal manure attack.

The Aftonbladet daily speculated on suspicions that the horse manure attack was a statement that the local politicians were real skitstövlar (a Swedish insult which literally means “shit boots”, similar in meaning to the English “idiots”).

Other media speculated that the attack was a comment on the fact that Monday is the first day of the working and thus not everybody’s favourite day.

On a slightly darker note, several websites with links to the far-right have meanwhile speculated that the horse manure dump was a comment on the municipality’s immigration and refugee policy and a criticism of Sweden’s multicultural society.