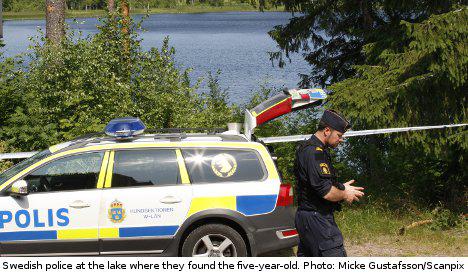 “Tomorrow, the forensic investigation will get under way, and within a few days we will have some answers,” police spokesman Bo Eriksson told Sveriges Television (SVT).

While the police at first said they did not suspect that a crime had taken place, a pathologist who examined the body told the police that it was possible she had been the victim of a crime. The body of the five-year-old girl has been transported to Uppsala for an autopsy.

The police said on Tuesday they welcomed tips from the public about the girl who went missing on the weekend. Officers have already spoken with residents in the nearby area.

“Let us determine whether the observations are valuable as the investigation develops,” Eriksson said in a statement.