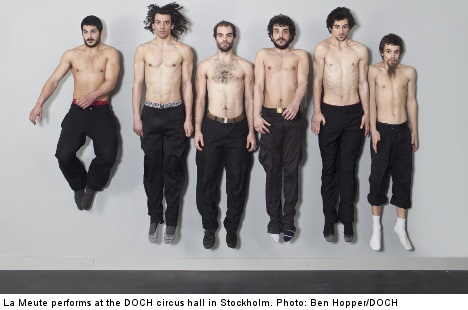 “It is quite a unique thing too when money is diminishing in Europe and the world in higher education,” Eino Örnfeldt, chair of the university’s organizational committee, told The Local.

“The aim is to pull in resources, create an environment in Stockholm and in Sweden that is big enough in a subject that is not that well-presented here.”

The collaborative research and education facility will open its doors in January 2014, just two years after the three colleges applied for government permission to create the new university.

The new institution will receive funding totaling 40 million kronor ($6 million) from the government, which in its Research and Innovation bill (Gov. bill 2012/13.30) made a special observation about the positive development in today’s arts research in Sweden.

Stockholm’s other creative colleges in the city have opted out of the merger due to concerns over losing their autonomy.

“I am pessimistic about being able to retain independence,” Måns Wrange, principal of the Royal Academy of Fine Arts, told Sverige Radio.

Örnfeldt dismissed concerns the mergers may cause administrative issues for the individual colleges. “There will be 25 percent additional money going to each college,” he added. “They will still be independent to run their education; to do things in the same way as they do now.”

In addition to establishing a leading research facility, Stockholm University of the Arts hopes to be able to offer the award of Doctor of the Arts to students within three years, something none of the colleges have previously been able to do because of their limited resources and size.

“For individual artists, the hope is that they will find new ways of inventing and exploring their art,” Örnfeldt explained. “The university will provide a meeting place for other artists both in and outside of the university.”

“We’ve already started to collaborate with Lund and Göteborg universities. If it becomes a success, as we hope for, it will create interest in arts research around the world.”

Currently, Gothenburg and Lund are two of only three institutions in the country with the licence to award doctorates to researchers in the arts, the other being Borås in the southwest of Sweden.