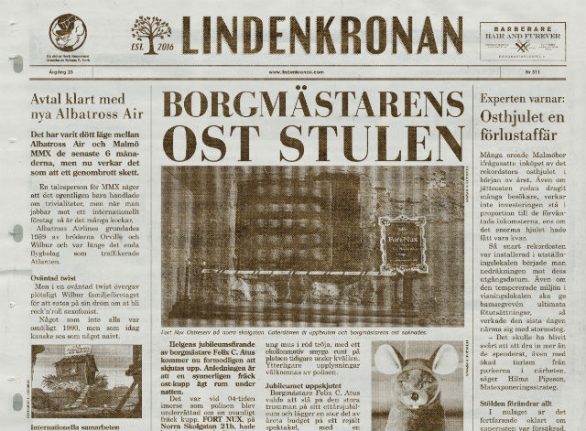 Is Mayor Felix C Atus (below right) all that he seems? Photo: AnonyMouse
Both the new mouse-sized establishment that is the final destination in the treasure hunt (so far unseen by Instagrammers), and the reward issue of Lindenkronan, the city newspaper the collective has invented for the mystery, are nothing short of brilliant.
It's a fun detective mystery, featuring recorded mouse messages, four locations (three of whom feature new mouse establishments), two maps, and two newspaper front pages.
The last place you visit might be AnonyMouse's best yet, up there with II Topolino and Noix de Vie, the collective's first mouse restaurant and delicatessen, or the Sacre Blues jazz club that appeared on the streets of Bayonne, France.
It's also the first mouse establishment in Malmö not to be hidden in the cellar ventilation holes of a building, instead making ingenious use of a common piece of street furniture.
But as well as being a brilliant treasure hunt, Mustisk is also a piece of left-leaning satire.
First you have to find the offices of private detective Olivia Flaversham (a named shared by the heroine of Disney's The Great Mouse Detecive) and then send an email to an address on the poster volunteering your services. Who would want to steal so much cheese? Is it an insurance job? Is Mayor Atus all that he seems? Could he himself be the thief? What is the meaning of the mysterious acorn symbol?
It's not too tricky to find out.
Although slightly over the head of a five-year-old and a seven-year-old (they enjoyed the models), you would only have to be a few years older to finish it in less than an hour.
And if you live in Malmö, you should really get off your phone and do it.
SHOW COMMENTS 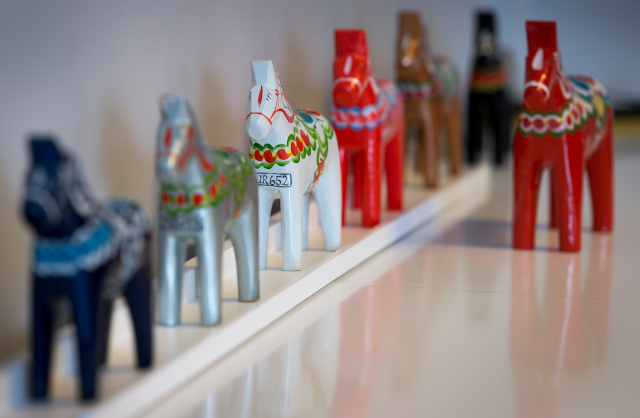