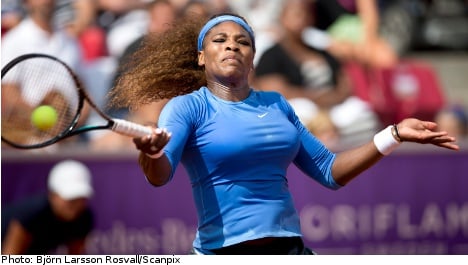 Williams broke her opponent’s serve three times in each set and was never in trouble on her way into the final four.

“My opponent today was playing really well, so I had to be patient and stay out there as long as I could,” Williams said.

“I’m getting more used to the clay again. It feels a little better now. I want to play two more matches and win on the last day, but I have a really tough opponent coming up.”

“Well, she’s the best player in the world,” Zakopalova said.

“I played against her four or five times before, so I know how she plays, but she’s even more experienced now, and she has won so many Grand Slams, so she’s really the best.

“I know some things, though. I have to move her as much as I can. My serve has to be more solid than it has been. I have nothing to lose.”