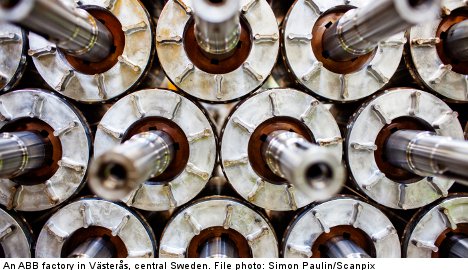 Turnover at the group, a top player in the global electrical engineering sector, meanwhile rose by six percent to $10.2 billion, ABB said in a statement.

While the sales figure was in line with forecasts by analysts polled by financial news agency AWP, ABB’s profit fell short of their predicted $782 million.

ABB said that its order book shrank by seven percent in the second quarter to $9.3 billion, owing to a shake up in its Power Systems division.

“Orders were down as the strategic realignment in Power Systems launched at the end of last year started to take shape with our focus on greater project selectivity and higher profitability,” the group’s outgoing chief executive Joe Hogan said.

“Delays in the award of large orders, which is linked to the ongoing global macroeconomic uncertainty, also impacted orders this quarter. But our underlying demand drivers remain sound,” he added, saying ABB’s outlook remained unchanged.

ABB sparked surprise in the business world in May when it announced that Hogan would be stepping down for personal reasons.

ABB insider Ulrich Spiesshofer is due to take the helm on September 15.