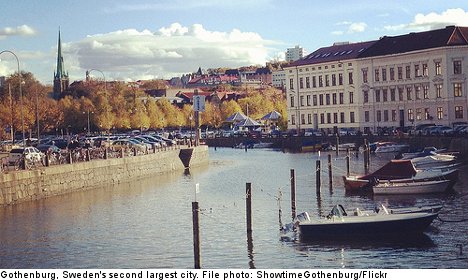 The western Sweden city was rated the third most beautiful and most underrated city of Europe in a ranking by online travel portal Escape Here. The news was welcomed by officials at the Gothenburg Tourist Office who agreed that the city is indeed underrated.

“Gothenburg is not that well-known outside of Sweden. Many Swedish tourists visit Stockholm first or want to go north for the nature,” Lena Larsson, Press Officer of the Gothenburg Tourist Office, told The Local.

“But it’s more relaxed here, it is more of a small city feeling.”

IN PICTURES: Click here for the top ten ways to spend a weekend in Gothenburg

Lena Larsson added that a visitor shouldn’t miss the city’s restaurants, the fish market, the nearby islands, the art museum and the Haga district with its cobble-stone streets and small shops.

However, the fact that Copenhagen took the number one spot on the list has left tourism officials scratching their heads.

“It is a really beautiful city but I think it’s way more known than Gothenburg,” Larsson told The Local.

So what counts more for Escape Here: the beauty or the obscurity of a city? Well, it’s best not think about it too much, but see if you agree with their top ten choice below.