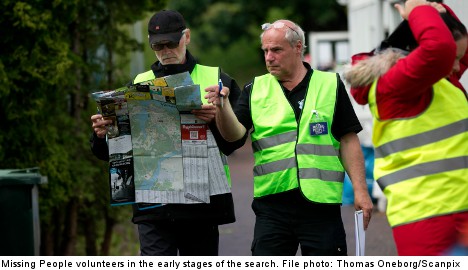 The isolated spot in the forest is around 500 metres from the home of a 35-year-old who has been remanded in custody on suspicion of aiding a criminal. Two areas have been cordoned off, according to the TTELA newspaper reporter on the scene, which added there was blue fabric visible on the ground at one spot.

Around 2.30pm, a police dog was brought in to detect whether there were any human remains in the woods, but it found nothing. The police have now taken several items back with them for forensic analysis, reported TTELA.

The 23-year-old woman has been missing from her apartment in Trollhättan since June 30th. Police officers found substantial amounts of blood in the apartment.

Last week, the main suspect, a 36-year-old man, handed himself in to the Swedish embassy in Warsaw and is expected to travel to Sweden for questioning in connection with disappearance. He had been detained before on suspicion of kidnapping, while two younger men were detained for aiding a criminal.