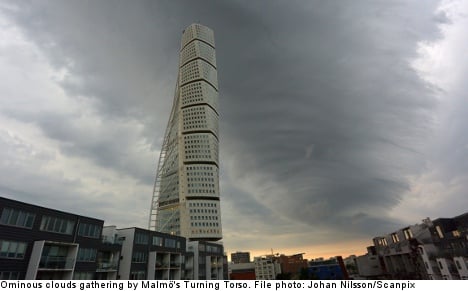 Fold up those beach towels and put away your swimwear. After a sizzling weekend in Sweden, the Swedes must hold their collective breath once more as summer takes another pause while thunderstorms pass through, starting with the country’s west coast.

“Exactly where it will hit the hardest and where the rains will end up are impossible to predict,” Therese Fougman, meteorologist at Sweden’s weather agency SMHI, told the Aftonbladet newspaper.

“But there will be problems,” she warned, specifically pointing to the fact that the dry grounds mean any rainfall won’t go away quickly as the water won’t be absorbed. “If it’s a proper downpour, there could be floods on the roads and viaducts.”

The agency issued a class one warning due to the wind and rain, stating that there may be damages to societal functions such as telephone lines and electricity cables. The warning applies to Västra Götaland, Halland, and parts of the Jönköping and Kronoberg areas.

The rain has been plaguing the Danes over Monday and into Tuesday morning before a front will push the storm northwards into Sweden sometime after midday.