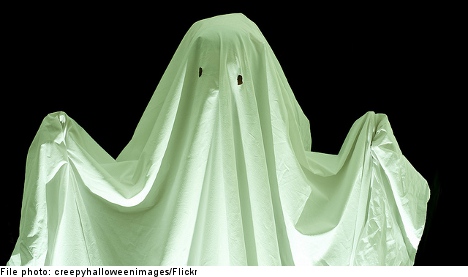 There is something spooky going on in Stockholm’s tourist hotspots. Men and women covered in white sheets and with their faces painted white are stopping shoppers and passers-by to pose for pictures.

However, during the exchange, in which the ghosts ask for a small donation for the photo opportunity, pickpockets are swooping in and cleaning out the tourists’ pockets.

“Thieves are always finding new methods. Often, the thievery is carried out using some kind of distraction. These people in particular are very blunt and pushy which perplexes people,” Gunnar Thun of the Stockholm police told the Dagens Nyheter newspaper (DN).

Thun added that there were many officers working to combat the thieves, but that they are incredibly hard to catch, often passing the stolen goods onto a third party — and quickly.

“Many tourists think that Stockholm is a safe city. This is true, perhaps, when it comes to violent crimes, but not when it comes to personal property crimes. Things are stolen very often here,” Thun told DN.

“I would keep them at an arm’s length,” he advised.