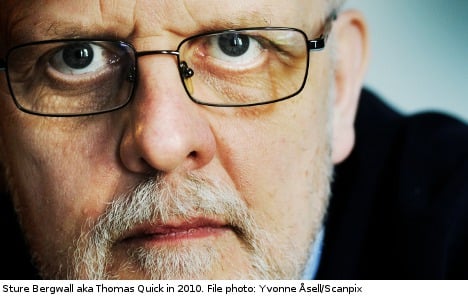 Grete Faremo, Norway’s justice minister, told Sveriges Radio on Thursday that her country was happy to help the inquiry.

Sweden saw the eighth and final murder case dropped against self-professed killer and cannibal Thomas Quick, now known as Sture Bergwall, this summer. He had withdrawn all his previous confessions, which he blamed on being drugged in the psychiatric detention facility where he is locked up.

The Swedish police and justice system has struggled with the case for years, and as Quick was freed of charges pertaining among others to the murder of two Norwegian women and one girl, Justice Minister Beatrice Ask decided to turn to Oslo for help in finding out how the miscarriage of justice came about.

The inquiry will probe both the justice system and the system of psychiatric care in Sweden’s corrective services.