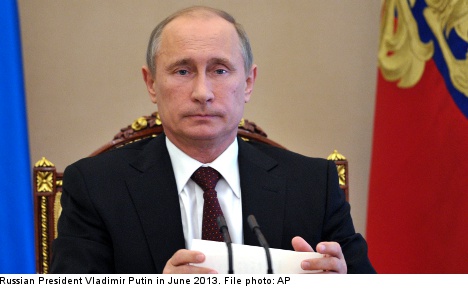 This spring, the parliamentary defence committee’s review of Sweden’s future national security concerns tried to present a unified view of military developments in the world. After several decades of being determined to perceive Russia as less of a threat, a view that enabled Sweden to cut down considerably on its defence budget, there has now been a radical U-turn.

Russia is today perceived as an increasing threat to Sweden’s national security. Spokespersons for the Swedish “military industrial complex” have put their backs into communicating two messages. The first, that Russia is in the middle of an extensive militarization. The second, that the Russian regime is showcasing an increasingly autocratic bent. I would argue, however, that both these ideas are incorrect and that there have been events this past summer that strongly support my argument.

On August 6th, the respected Russian defence analyst Alexander Golts argued in an article that “Nobody seems to have taken note of the latest sensation.” Said sensation refers to a meeting on July 29th between Russian President Vladimir Putin and the country’s top military brass during which Putin confessed that the government’s ambitious military modernization plan, mean to come in at about 20 billion rubles ($650 billion), had failed. And the prime reason for that failure was domestic producers’ inability to deliver components at an acceptable quality.

A state-appointed commission already drew this very conclusion a few years ago when looking into why attempts to design missiles for the Russian navy’s new nuclear submarine Jury Dolgoruky had failed. After being forced to abandon the first design – the Bark missile – the navy swapped over to a new and smaller missile, entitled Bulava. The switch meant that naval designers had to go back to the drawing board in the middle of the new submarine’s production. And that the navy tied the future of the new sub to a missile that had not yet been run through an exhaustive battery of tests.

Pavel Felgenhauer, a noted Russian military analyst, reported that Bulava had only been tested successfully twelve times by 2009. The commission that was subsequently appointed found that sub-quality components were to blame. After further tests, however, the new missile was approved in 2013 and given the go-ahead to be added to the Jury Dolgoruky submarine.

Russian military expert Viktor Baranets, however, has called green-lighting the new missile a poorly thought through and dangerous decision: “It could pose more of a threat to the Russian than any foreign fleet.”

Many may be reminded of the catastrophe aboard the submarine Kursk, which sunk during a naval exercise in August 2000. It sank because a new experimental torpedo exploded on board. Kursk still casts a long shadow over the Russian navy.

Perhaps it was simply naive to think that the Russian military industry could pick up where it left off two decades ago, after standing at a virtual standstill, and all of a sudden produce weapons system at high international standards.

Then there is the second question of Russia’s lean toward authoritarianism. It is true that Putin is more than happy to project himself as an autocratic leader, and that there have been measures put in place to put Russia on course for greater centralized power. But while Putin leans that way, there is a difference between the threat of political opponents spending a few years in prison, compared to routine torture, rape, and random disappearances that define life in a truly autocratic regime.

But the question for us in Sweden is how we can tie that tendency to our need to upgrade the Swedish military?

Asking this question should not be interpreted as not taking seriously what is happening in Russia, but how it affects us in Sweden? Especially as there are clear signs that the Russian elite is fragmented at present, posing questions about how far leading politicians can go in shoring up genuine top-down repression.

For example, opposition leader Aleksei Navalny was sentenced to five years in prison on July 18th for a crime most people don’t believe he has committed. According to Russian law, a person with a sentence does not have the right to stand for election, but Navalny has appealed the ruling and, to many’s surprise, he has been let out of his arrest cell pending the appeal. Only Putin could have let him go, many say. Which is surprising, because being let loose allows Navalny to run in the Muscovite mayoral race.

Even if he can’t win, his campaign will illustrate how vulnerable the Putin regime is. Only one of five Muscovites intend to vote for Putin in the next presidential elections, and if Navalny gets between 20 and 25 percent of the votes in the mayoral elections it will further wound the regime. In an interview on April 4th, Navalny even went as far as saying outright that if he becomes president he will jail Putin.

These political developments don’t add up to the picture of an every more strong-fisted leader who hasn’t ruled out waging war on his neighbours. It is much more probable that Russia will be paralyzed by infighting for a long time to come, and an ever degrading economic outlook will mean the government may have to retrace it steps on promises to keep up salary developments and shore up pensions. There might simply not be money left for the military.

When all this is said about the situation in Russia, however, we cannot deny that Swedish defence policy is a shambles. The government and the parliament both face a crisis of confidence over their capacity to rectify the crisis. Swedish citizens ask themselves, understandably, why they are spending 46 billion kronor ($7.1 billion) every year on a defence that seems capable of keeping the country safe only for the briefest of time, and apparently only during office hours.

That image of Sweden’s defence might be perceived as unfair, but it is the image that is now established in Swedish media and which has provoked a few raised eyebrows the world over.

We have to discuss how to get to grips with this problem without muddling it up with incorrect perceptions about the development in Russia.

Stefan Hedlund is a professor at the Centre for Russian Studies at Uppsala University.This article was first published in Swedish in the Svenska Dagbladet newspaper. English translation by The Local.