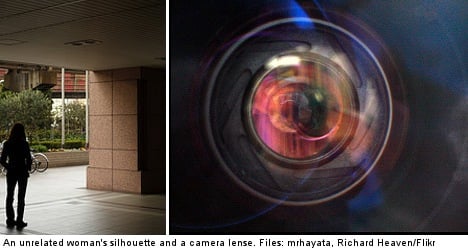 The woman cried in court on Monday as the prosecutor explained the details surrounding her rape to the judges, reported the TT news agency.

She has claimed that the team from regional daily Göteborgs-Posten (GP) had promised her anonymity, and while the photojournalist showed her the images on the camera display after the interview, she was never shown the final edit nor the page layout before publication.

“I assumed they would do post-production editing of the images,” the woman told the Gothenburg district court.

The photographer has said that he had not been told by the paper that the woman had demanded anonymity, and furthermore felt that her OK’ing the pictures on the display amounted to her giving consent.

The reporter, meanwhile, said she had nothing to do with the images.

“The paper’s photographers have a lot of credibility. It is not my job to direct them in their work,” she said.

The woman who was interviewed was given the chance to read through the text before publication, but did not get to see the final image nor the full layout. In the end, part of her face was visible – a fact she has said made her feel ill.

“Not even mum knew I had been raped,” the woman said.

She has now demanded 50,000 kronor ($7,700) compensation from three journalists – the photojournalist, the text reporter, and their publisher.

The writer and the photographer are also being prosecuted for breaking Sweden’s rules of confidentiality (tystnadsplikten), as legally they had responsibility for the material they sourced, according to TT.

The Swedish Journalist Union (Svenska journalisters förbund – SJF) has an ombudsman sitting in on the trial to monitor how the prosecutor lays out the case.

“This case will rely on evidence regarding different perceptions. It will be interesting to hear how the three defendants, and the plaintiff, explain how this all came about,” SJF spokesman Pär Trehörning told the TT news agency.

“I’m not familiar with any similar case in Sweden that is this complicated, with so many people involved,” he added.