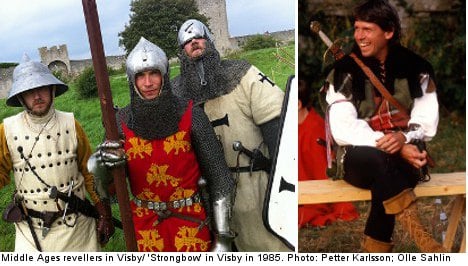 Thomas Boatwright’s life is a mystery – even to him. In February, police found the 61-year-old unconscious in a motel room in Palm Springs, where he later awoke speaking Swedish and insisting his name was Johan Ek. However, his US passport and driving license suggested otherwise.

Doctors diagnosed him with transient global amnesia – a condition related to memory loss that is usually triggered by emotional or physical trauma.

Boatwright said the ordeal was a “nightmare” at the time, as police and the US media tried to piece together the fragments of his life before the coma.

Meanwhile, old friends and family cropped up, including one man who identified Boatwright as a member of a Swedish medieval society by the name of Strongbow, and another, his ex-girlfriend Ewa Espling.

On Tuesday, Boatwright was flown to Sweden on a ticket paid for by the Riverside County Department of Mental Health in the US after the 61-year-old insisted he wanted to make a life in Sweden, reported CNN.

He was met at the airport by Espling, who claimed to have been the man’s girlfriend back in 1984. The pair shared a teary reunion hug at Gothenburg’s Lanvetter airport as cameras flashed.

“I just want to try and remember the people who were close to me,” he told TV4 news afterwards, in Swedish.

“I’m hoping to have a normal life.”