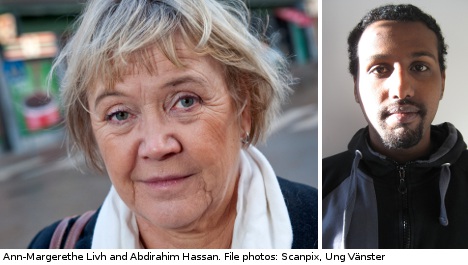 Livh, of the minority Left Party, was on a visit to Somalia with youth from stockholm’s Husby and Rinkeby neighbourhoods when the attack took place. Abdirahim Hassan, a 24-year-old member of the Left Party’s youth wing, died in the attack, his family confirmed on Wednesday to local media. A third victim, of Somali nationality, also lost his life, while Livh was taken to the African Union’s field hospital for treatment.

The Local broke the news in Sweden on Wednesday of Livh’s injuries, with local newspaper Norra Sidan the first to confirm Hassan’s death.

Livh told Sveriges Radio that the gunmen tried to block the road with their vehicle, before they started shooting at the group of three Swedes – the third who escaped unharmed.

“They tried to pull me into their car, I grabbed onto a car seat and held on,” Livh said.

“I felt being shot and bleeding and saw the others be shot.”

The Left Party, who on Wednesday awaited updates from the Foreign Ministry before issuing a statement, have now identified their members as victims in the attack.

“It is a tragedy and a day of sorrow for the Left Party,” party leader Jonas Sjöstedt said in a statement.

Local journalist Hamza Mohamed told The Local on the phone from Mogadishu that Livh was injured near the University of Somalia, where staff confirmed she had given a guest lecture.

“She was leaving the premises and was fifteen steps outside the university compound when men in a tinted (window) car opened fire,” he said.

A local reporter, Abdiaziz Mohamed Dirie, said witnesses saw the woman hit by a bullet or bullets in the chest – “But I don’t know if it was the right or left side,” added Mohamed Dirie.

The gunmen escaped the scene of the attack, according to local news sources.

War-ravaged Mogadishu is one of the most dangerous cities in the world, despite Somalia’s al-Qaeda-linked al-Shebab fighters pulled out of their fixed positions in the capital two years ago.

Foreigners usually travel in Mogadishu in armoured vehicles or with armed escorts.

“The white woman was bleeding, they rushed her to hospital, and then the police came and cordoned off the area,” witness Muktar Nure told the AFP news agency.

No one has claimed responsibility for the attacks, but al-Shebab fighters have carried out a series of bombings, attacks and killings aimed at overthrowing the internationally backed government.

Despite recent fighting in the ranks of the al-Shebab and the loss of a series of towns they held to a 17,700-strong African Union force, analysts warn that the extremist group is far from defeated.

In June, al-Shebab suicide commandos carried out a brazen daylight attack on a fortified United Nations compound, and last month a suicide car bomber attacked a Turkish embassy complex in the city. 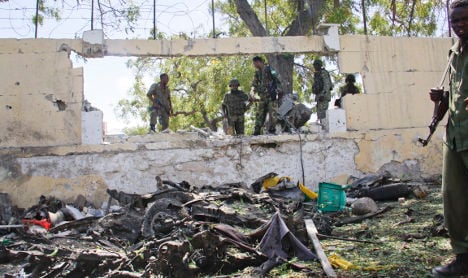