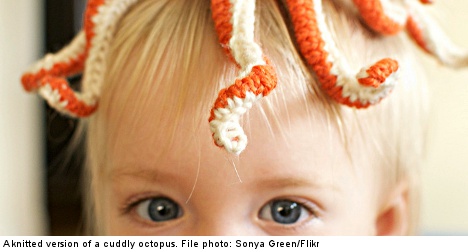 Skåne University Hospital in southern Sweden has been so inundated by the woollen variants of the tentacled creature that doctors there have issued an octopus ban.

The hospital staff cited concerns that the animals provided bacteria breeding grounds and as such posed a potential threat to infants.

“A cloth toy can gather up bacteria and become an infection risk factor. If we let the children have these octopi, we’d have to clean them daily, and that’s not a service we can provide,” neo-natal unit chief Berit Paul told TV4 news in the city of Malmö.

Danish doctors have argued that the crochet octopi help stabilize the young infants’ heart rate and have cited studies showing that their oxygen blood levels have improved.