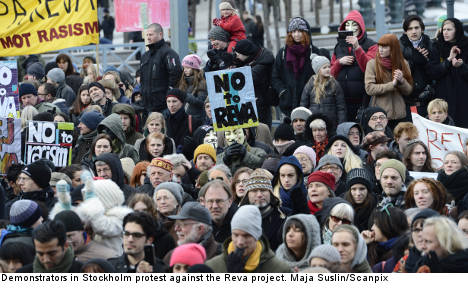 On Thursday and Friday, Sweden will be interrogated by the UN Committee on the Elimination of Racial Discrimination to update the group on steps taken by the government to fight racism and discrimination in Sweden.

But according to Aleksander Gabelic, a Social Democrat MP and head of Sweden’s UN Association, Sweden has made little progress in the last ten years, despite repeated criticism from various UN bodies.

“Unemployment among the foreign born is still three times higher than among people born in Sweden,” he said in a statement.

“A Swedish name is often a prerequisite for being called to an employment interview.”

Gabelic argued that Sweden could benefit from applying positive discrimination policies that have helped women enter male-dominated fields and vice-versa should also be applied to people of different ethnic backgrounds to help companies increase diversity in the workplace.

A report released this week by the Sweden’s UN Association and 50 other organizations found more than 5,000 hate crimes were reported in 2012, with 74 percent motivated by racism or xenophobia.

The report also cited racial profiling by the police, saying they disproportionately target people with foreign backgrounds for random stops and interrogations, an issue that received a great of media attention earlier in the year following accusations that police in Stockholm were targeting foreigners in the city’s metro system in a search for illegal immigrants.

“Perhaps the most significant human rights challenge facing Sweden today is ensuring tolerance and respect for the rights of minorities and immigrants in a growing and increasingly multicultural state,” the report said.

“Despite some development and implementation of legal standards pertaining to non-discrimination, indigenous, ethnic and religious minorities continue to suffer discrimination in all areas of life.”

Gabelic urged the government to develop a comprehensive strategy to combat hate crimes that includes public awareness and stronger legislation. Sweden should also create a new, independent authority to review legislation for compliance with international human rights law, he added.

“Working against structural racism and discrimination is about both legislation and attitudes. Providing information and actively combating stereotypes that affect immigrants and minorities is one of the most important tasks for the government and public authorities,” Gabelic said in a statement.