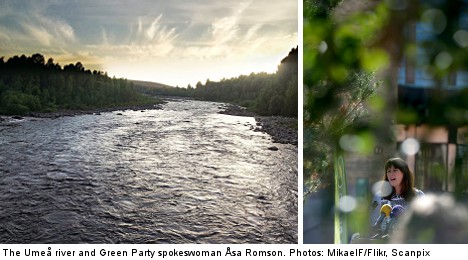 “This is a very important step,” said Storuman municipal head Tomas Mörtsell, who welcomed the decision to allow the Nickel Mountain to move from prospecting to test extraction. Any final move, however, needs to be looked at by the Environmental Court (Mark och Miljödomstolen).

The local politician’s delight lies in contrast to criticism from the local indigenous Sami population who rely on the area for reindeer herding. The government, meanwhile, said the potential job creation of a mine trumped their concerns. The Enterprise Ministry said in a statement on Thursday that the mine would bring 500 new jobs to the community in northern Sweden.

Environmentalists, however, reacted angrily to the decision.

She said that Swedish authorities had not yet been given a mandate to look properly into whether players in the market were reliable and trustworthy early enough in the application process. She likened the situation to school authorities struggling with vetting new companies wanting to do business in the relatively new free-school sector.

“How the company has run their mines abroad is very important. We do not want unscrupulous actors in Sweden; it could be fatal,” she said.

Furthermore, Romson highlighted, prospecting is allowed in areas where environmental agencies would not, in the long-run, ever consider allowing actual mining to take place – provoking unnecessary tension in some rural communities.

“It only makes the conflict worse between Sami and local governments, and between mining companies and politicians,” Romson said, adding that she understood rural municipalities’ urge to kick-start their economies.

“I have a lot of respects for employment and we don’t want to say no to mining, especially with mineral prices going up, but we shouldn’t build communities that rely solely on mines,” she said.