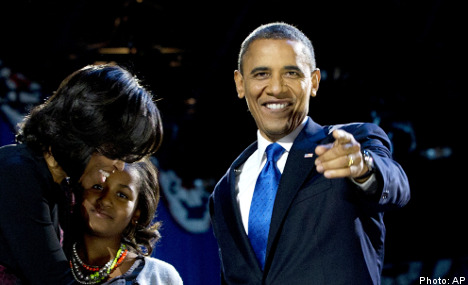 Keen to know what the the President of the United States, sometimes referred to by the acronym POTUS, gets up to when swinging through Scandinavia for a few days? Or just interested in knowing what parts of Stockholm to avoid due to the heightened security?

The Local has put together a rundown of the wheres, whens, and whats of Obama’s barnstorming visit to the Swedish capital.

The president’s private plane, Air Force One, is scheduled to land at Arlanda airport in the morning in what will be the first bilateral visit for a US president in Sweden. From there, Obama will be driven in to Sweden’s government offices, Rosenbad, where he will meet with Prime Minister Fredrik Reinfeldt.

The pair will discuss bilateral relations, regional and global political and economic developments, trade relations, climate and energy policies as well as various foreign policy areas, likely to include Syria. A joint press conference will be held after the meeting at the Rosenbad Conference Centre.

IN PICTURES: See where Obama will spend his time while in Stockholm

After the meeting, the Reinfeldt and Obama are set to head over to the Great Synagogue of Stockholm to honour Raoul Wallenberg, the Swedish diplomat who saved tens of thousands of Jews from the Holocaust.

Next, the two leaders will motor over to the Royal Institute of Technology (Kungliga Tekniska Högskolan, KTH) for a half hour look at the university’s energy innovation research. The programme will focus on Swedish innovations within the Chemical Science division, with specific attention paid to fuel cells and solar cells.

“This is a positive signal about KTH’s international status, and that we conduct research at the cutting edge, which we are very proud of,” KTH President Peter Gudmundson said in a statement.

It makes for a tight schedule, but Obama and Reinfeldt will then head for dinner, where they will be joined by the prime ministers of Finland, Denmark, Iceland and Norway.

It is believed that the president will later turn in at Stockholm’s Grand Hotel for his one night stay in the city.

After what will hopefully be a solid night’s sleep in Stockholm’s top luxury hotel, Obama is expected to make the short trip to the Royal Palace for a lunch meeting with the king and queen.

After dining with Sweden’s royal’s Obama and his motorcade will head north to make their way back to Arlanda airport, much to the dismay of Stockholm drivers who normally frequent the E4 motorway, which will be closed as the president and his entourage zip out of Stockholm proper.

From there, Obama will clamour up the stairs and into a waiting Air Force One for “wheels up” before jetting off to Russia.