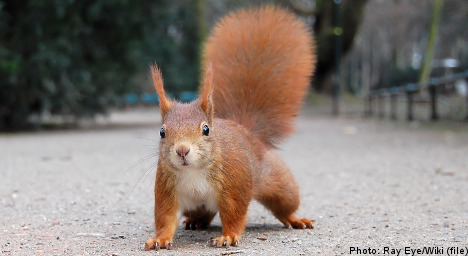 The accident took place on Saturday evening when the driver of a crowded intercity bus took aversive action to not run down the squirrel which jumped from a tree.

“The bus driver stated that that he swerved for a squirrel that ran across the road,” Henrik Sterner, assistant duty officer with the Västra Götaland police told local newspaper the Gothenburg Post.

Emergency services including fire engines and ambulances were quickly on the scene after the alarm was raised by the driver. Sterner suggested that the driver was an animal lover.

“He should have driven at the permitted speed but gave way for the squirrel,” he said.

A total of six people were brought to hospital and treated for minor injuries. The bus driver escaped unharmed but was offered support as he was in shock.

The fate of the squirrel remains unknown.