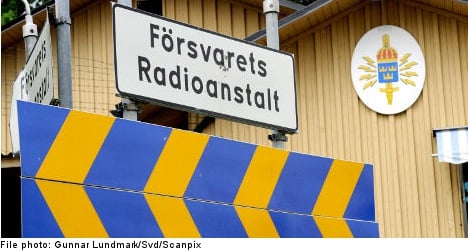 The claims have emerged in a hearing on the wire tapping scandal of a committee in the European Parliament and come from investigative journalist Duncan Campbell, according to a report in the Metro daily.

Campbell told the committee that Swedish participation extended to FRA giving the US access to the Baltic underwater cables. Sweden is reported to have been given the codename Sardine, according to Campbell.

FRA spokesman Fredrik Wallin declined to comment on the data.

European Parliament’s Committee on Civil Liberties (Libe), has been tasked with gathering information about the wire tapping scandal, and launched on Thursday a series of hearings.

The main purpose is to explore how EU citizens have been affected by the surveillance they were subjected to by the US and the UK, the chairman Claude Moraes has explained.

Campbell claimed that Sweden was the third major partner in the surveillance cooperation, according to his tweets which emerged from the hearing.

The UK Guardian reported on Thursday that US and UK intelligence agencies have managed to crack technology used to encrypt internet services such as online banking, medical records and email.

The encryption techniques targeted by the NSA and GCHQ are reported to be used by popular internet services such as Google, Facebook and Yahoo.

The information comes from the latest series of documents released by NSA whistleblower Edward Snowden. The US is seeking the extradition of Snowden who remains in Russia after having been granted temporary asylum.