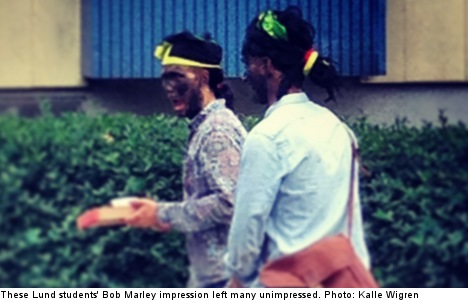 The students were imitating Jamaican reggae singers at an initiation party for new members of the Technology Management student association, which consists of about 80 masters students studying economy and technology.

The pair had used make-up to paint their faces black, and while other members of the club did not react to the interpretation of Jamaicans, others were left seeing red.

Kalle Wigren, a former Lund University student and lifelong resident of the town in southern Sweden, chanced upon the spectacle and was gobsmacked.

"I reacted so strongly because it reminded me of the slave auction at Hallands nation two years ago," he told The Local.

"The university said after the slave auction that it would work hard to prevent similar incidents in the future. But it's happened again."

Back in April 2011, two student associations at Lund University were reported for hate speech after a party that featured the sale of "slaves" complete with blackened faces and ropes around their necks. News of the incident made headlines around the world.

Wigren believes last weekend's incident, which he captured with a photograph, also reeks of racism.

"When a white person puts black makeup on their face to look like a black person and then proceeds to make fun of the situation, it can't be anything other than racism," he said.

"They say they wanted to look like Bob Marley, but they didn't have anything else that made them look like him besides their black faces. They didn't dress like him. They could have at least had a guitar."

The head of Lund University, Per Eriksson, was quick to denounce the students' actions.

"This is sad. But at the same time, we have 47,000 students at this university, so there's always something that can happen, unfortunately," he told the Lundagård paper.

"What's important is to pay attention to this so it can be fixed and give a lesson for the future. I expect things like this won't happen in the future."

However, Elin Wennerström, chair of the Technology Management student association, downplayed the incident.

"It was an innocent costume party," she told Lundagård.

She added that the students's decision to paint their faces was seen as a way to make their reggae get up more authentic.

"It's very unfortunate that someone's misinterpreted it," said Wennerström.

Following media attention on the incident, the two students who painted their faces apologized, explaining that they had been inspired by Bob Marley "the big king of the reggae world".

"We apologize if anyone was offended but we shouldn't compare this with what Hallands nation did," one of the students told SR.

"We haven't intentionally done something insulting or racist. But after the fact we've realized that painting our faces black offends some people." 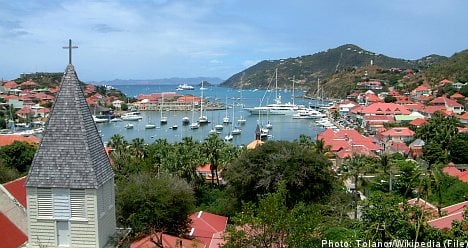 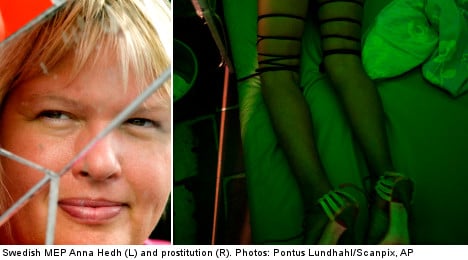