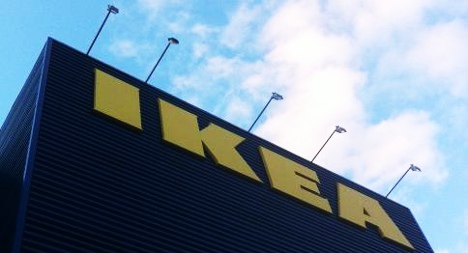 Ikea, which has been voted first ever since the Nordic Brand Academy started its annual survey in 2003, finished fourth this year, after DIY chain Clas Ohlson, supermarket chain Ica, and Google, which was the only non-Swedish company to make the top ten.

“Ikea has historically been teflon clean when it comes to the question of customer confidence,” Robert Gelmanovsky, CEO of the Nordic Brand Academy, the Swedish arm of the Reputation Institute, told the Svenska Dagbladet newspaper.

“They’ve got through scandal after scandal and no-one’s confidence has been shaken. Now it appears the trend of being super-trustworthy has been broken. Ikea is becoming like all the other companies in terms of reputation. It will be interesting when a new Kamprad generation takes over.”

Ten most reputable companies in Sweden

The survey was based on interviews with over 15,000 Swedes who were quizzed about their confidence in 50 of the biggest companies operation in Sweden.

Clas Ohlson, which topped the list for the first time, was founded in 1918 as a mail order business in Dalarna, central Sweden. The company now boasts 178 stores in four countries, specializing in hardware, electrical, home multimedia and leisure products. It employs around 4,300 people.