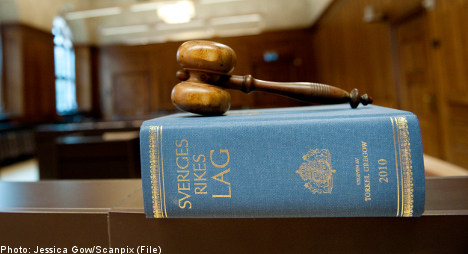 A lower court had convicted the man of rape and sentenced him to two years in prison for threatening another man with a knife and forcing the victim to perform oral sex on him.

But the Svea Court of Appeal has tossed out the conviction over concerns about the level of detail offered by victim in his account of the incident.

Specifically, the court had questions about a cryptic SMS sent from the victim’s mobile phone before the incident.

“Say yes or no or else I’ll die,” the message read, according to court documents.

According to the court, the fact that the victim couldn’t explain the meaning of the SMS sowed seeds of doubt about his entire story.

“The construction of the SMS gives the impression that whoever wrote the SMS wanted an answer to a question of great importance to him. In the opinion of the court of appeals, it’s therefore strange that the plaintiff, of it was he who wrote the SMS, can’t explain what the text means,” the court wrote.

In light of the questions raised by the SMS and the man’s version of the story on which the lower court’s conviction rested, the appeals court threw out the rape conviction.

However, the court let the man’s conviction for drunken driving stand, resulting in a one-month prison sentence.