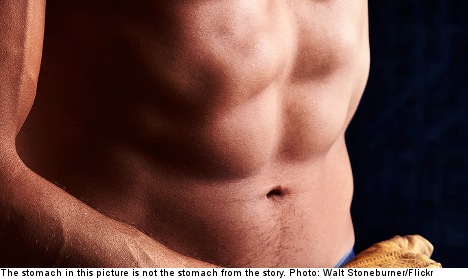 The men were taken to hospital in Helsingborg in southern Sweden on Sunday night for treatment to injuries sustained in what police labelled a “serious” car crash in which their car careened through a roundabout and flipped over.

One of the men sustained serious injuries from the crash, with the other passenger escaping with minor injuries.

When the men, both 28, arrived at the hospital, doctors found what they thought to be suspicious packages in their stomachs during an X-ray and concluded that the men had swallowed plastic bags containing drugs.

The two men were duly arrested at the hospital on suspicion of drug offences and spent Monday under police guard.

The men have now been cleared of any suspicions of drugs offences, according to a police statement. The police have not offered any explanation as what aroused their suspicions in the first place.

Helsingborg is one of two port cities in southern Sweden with direct links to Denmark and therefore mainland Europe. In July four drug smugglers in the area were jailed for their part in Sweden’s biggest drug haul.