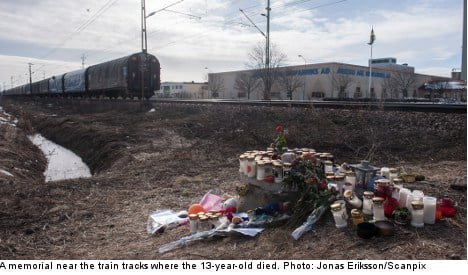 The investigation against the man was opened when a 13-year-old girl committed suicide in Kumla in March.

The man has now been charged for offences including gross exploitation of children for sexual posing, aggravated sexual abuse, child rape, molestation, and several cases of attempted aggravated child exploitation for posing.

The 13-year-old girl’s suicide led police to investigate the man and found a trail of online contact between them. According to the prosecution the 45-year-old persuaded the girl to perform certain sexual acts via Skype.

The man then proceeded to threaten her that he would put out material on Instagram and Facebook and send it to her handball coach and teacher if she did not do the same things for him again.

Police established that the girl pleaded with the man to destroy the film and told him that she would kill herself if he didn’t. Despite the girl’s pleas, the man continued to threaten and attempt to coerce her.

Less than a week later, on March 8th, the girl threw herself under a train in Kumla.

Since the man’s arrest in March at least six different victims have come forward alleging that the man committed sexual offences against them.

The most serious charge of child rape involves allegations that the man had repeated sexual intercourse with a girl aged under 15 in the spring of 2012. The prosecutor is reported to have text messages in support of the allegation.

Most of the offences pertain to the man persuading, or attempting to persuade, girls to pose in front of a webcam in various stages of undress.